Caroline Katzenstein knew something had to change.

In 1915, the Philadelphia-based insurance agent and suffragist (American women did not use the term “suffragette”) witnessed women’s enfranchisement fail to pass statewide referenda in Pennsylvania, New York, New Jersey and Massachusetts. The campaign for a federal amendment seemed to be going nowhere.

“That’s when she decided, ‘OK, we have to do more. What we’ve been doing is not working. We need to be more militant,’” said Melissa Klapper, professor of history and director of gender studies at Rowan University and author of “Ballots, Babies, and Banners of Peace: American Jewish Women’s Activism, 1890-1940.”

Katzenstein went to work for the National Woman’s Party, a militant suffrage party founded by Alice Paul, and helped organize protests inspired by the political radicalism of British suffragists.

She was one of many Jewish women who participated in the decades-long fight for women’s suffrage in the United States. Aug. 18 marked the 100th anniversary of their ultimate victory: the ratification of the 19th Amendment, which extended voting rights to women.

Klapper said the American Jewish community was generally supportive of women’s suffrage. Most Jewish newspapers endorsed the cause and published articles promoting it. Prior to 1920, women were rarely allowed to speak from synagogue pulpits, but some rabbis made an exception for suffragists and invited them to address their congregations.

Nina Morais Cohen, the daughter of Rabbi Sabbato Morais of Philadelphia’s Congregation Mikveh Israel, rose to prominence as a suffragist writer during the 19th century. She published “The Limitations of Sex,” a blistering rebuttal of a claim that women’s small brains rendered them intellectually inferior to men and therefore unfit to participate in public life, in the North American Review in 1881. She placed an article entitled “Jewish Ostracism in America,” which addressed anti-Semitism, in the same magazine nine months later.

Pamela Nadell, professor of history at American University and author of “America’s Jewish Women: History from Colonial Times to Today,” said Cohen’s contributions to the suffrage movement have been overlooked by scholars.

“The ‘Jewish Ostracism’ essay has periodically been cited by academics, but it was like she was just lost,” she said.

Although women’s suffrage received support from many Jewish women and the Jewish community in general, organizations like Hadassah and the National Council of American Jewish Women did not formally endorse the cause. White Protestant leaders like Elizabeth Cady Stanton, Alice Paul and Harriet Stanton Blatch frequently expressed anti-Semitic attitudes and did not mingle with Jews.

White suffragists often did not address racism in their platforms, and Black women continued to be disenfranchised by violence and voter suppression tactics like poll taxes until the passage of the Voting Rights Act of 1965. Native American women did not get the right to vote until the passage of the Indian Citizenship Act of 1924, and even then states could pass laws barring them from exercising their rights.

The suffrage movement was also divided on the basis of class. Upper-class women often did not want to be associated with working-class women and feared they would tarnish their reputations. American-born Jews harbored their own prejudices toward Jews who came from immigrant backgrounds.

Samira Mehta, assistant professor in the Department of Women and Gender Studies and Jewish Studies at the University of Colorado Boulder, said working-class contributions to the suffrage movement often get overlooked.

In her book “Jailed for Freedom,” Doris Stevens recorded the 1919 arrest of Rose Gratz Fishstein, a union leader who immigrated to Philadelphia from Russia, for taking part in a protest outside the White House. She was sentenced to five days in District Jail. Her sister-in-law, Temple University graduate Rose Fishstein, also was arrested and received the same sentence.

“She didn’t have that much time and she had very little money, but she really believed that women needed the right to vote so that poor working-class girls like her could have better lives,” Klapper said. 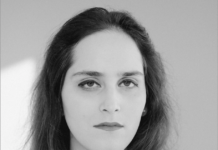 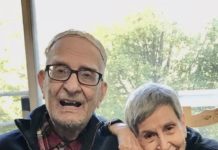 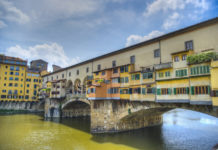