Celeste Marcus, a 24-year-old graduate of Perelman Jewish Day School and Kohelet Yeshiva High School, will be one of two editorial staffers at “Liberties,” a new journal that is the latest project of Leon Wieseltier, the former literary editor of The New Republic, who was, for many years, one of the country’s most celebrated public intellectuals.

“This is the dream job that I would always have wanted to have,” said Marcus, who contributed a piece to the first edition of the journal, out this fall. “I wouldn’t have known how to describe it, but this is what I wanted to do.”

That job, as Marcus describes it now, is assisting in the creation of a publication that will allow a broad spectrum of writers to explore the subjects that are interesting to them, in a manner that values doubt and complexity over certainty.

As writer Ash Carter noted in a recent article about Wieseltier in the publication Air Mail, “Liberties” is something of a throwback to headier days of print publishing. Many of the writers who will contribute to the first edition — 420 pages, without ads or images — made their names decades ago articulating a vision of liberalism that Wieseltier believes is in need of “rehabilitation,” as he told Carter. Writers like David Grossman, Laura Kipnis, Sean Wilentz, James Wolcott and Thomas Chatterton Williams are just some of the heavy hitters in Issue No. 1. The topics are weighty too (“The Human Infinity: Literature and Peace,” “A Democratic Jewish State, How and Why”) and frequently concerned with Jewish life.

Marcus first met Wieseltier when she was a University of Pennsylvania undergrad in need of a little help. She’d started a publication called “Or: A Journal of Judaism, Philosophy, Politics and Culture” that provided an outlet for Marcus and writers her age to expound on the topics that excited them. The problem, Marcus said, was that she needed her writers to turn in their stuff more quickly. And what better way to make that happen, she thought, than by bringing in an imposing literary presence like Wieseltier? He agreed to advise the journal, and the two struck up a friendship.

Now, Wieseltier describes Marcus as “a natural intellectual, with a very sharp analytical mind” and “a very lively and wakeful and sensitive temperament.”

“She’s one of the most gifted young people I’ve ever encountered,” he told the Exponent.

Marcus has received high praise before.

Tablet’s Liel Leibovitz wrote in 2016 that “Or” (which is the Hebrew word for “light”) is “the sort of serious and engaged publication you wish you had when you were in college.” R.J. Snell, a visiting instructor at Princeton University and director of academic affairs at the Witherspoon Institute, also praised Marcus’ intellect and told the Exponent he sees a clear connection between Marcus’ interests and those of her new boss.

Wieseltier, as an adviser to “Or,” was delighted to find that Marcus was as energized by Jewish texts as she was by secular ones. Marcus became Wieseltier’s research assistant, and they kept in touch after he made a dramatic group exit from The New Republic. In fact, in the fall of 2017, he was set to unveil a new magazine, called “Idea,” with Marcus’ help.

But the new project was derailed when Wieseltier was fired by The Atlantic after accusations of sexual harassment made by women who worked with Wieseltier at The New Republic were made public for the first time. As a result, funding for “Idea” was pulled.

Wieseltier offered an apology regarding some of the accusations, but Marcus, a survivor of sexual assault, spent months working to verify the exact nature of his actions. She told Air Mail’s Carter: “When the story first broke, I was pretty upset … he had been really important to me, and the portrait that I had in my head of him was very different from the portrait that emerged in those articles. I knew from experience what he was like in an office with women — it was him, one man, and then four women, and me — and it wasn’t like that. But if there was a time that he was this other thing, I needed to know, which is why I spent several months talking to people who had worked with him before.”

What she learned in her independent investigation satisfied her belief that Wieseltier “just hadn’t been the person that they described him to be,” as she explained to the Exponent. “I had to do that [research] for myself, which is why I felt comfortable accepting this position years later. If I hadn’t been able to do that, I wouldn’t have taken this job.”

For the foreseeable future, Marcus said, she’ll dedicate herself to “Liberties,” editing august voices and writing and taking on all the responsibilities that come with running a print magazine in 2020. She’s especially excited about looking to her much-maligned generation for unknown writers with talent and something to say. 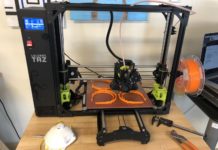 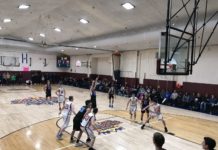