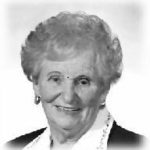 Manya Frydman Perel, who survived eight concentration camps, then spent years telling her story to thousands of students, died July 29. She was 97.

A native of Poland and the youngest of 10 children, Perel lost her parents and five siblings in concentration camps, including Auschwitz.

“I loved going out with Manya to watch her share her story with students. She was always so proud of every student who she spoke with, and always greeted every teacher and student with excitement and pride for hearing her speak,” said Geoff Quinn, education director of the Holocaust Awareness Museum and Education Center. “After every school visit, as we would leave the school full of the lives she touched, she would tell me ‘mission accomplished!’ It was truly a blessing to work with such an amazing person and friend.”

She is survived by her children, Marvin (Lois) Perel and Sylvia (Mark) Wagman, five grandchildren and two great-grandchildren. 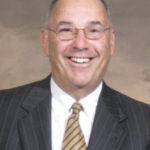 The Philadelphia-Israel Chamber of Commerce and PICC Foundation on July 28 honored Edward M. Satell, founder and chairman of the Satell Institute, with its 2020 PICC Lifetime Achievement Award.

“He is many people’s hero, and a person who changed the world … He connects vision with action, connects people with needs to solutions, and ideas to implementers,” said Nick Bertram, president of The Giant Co.
During the virtual event, Satell spoke about leveraging Israel’s innovation to create meaningful social impact and insights for regional entrepreneurs, corporate and civic leaders.

“Israel cross-pollinates to solve problems … they have the talent to get things done,” he said. 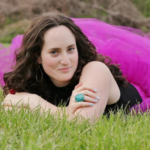 “More than ever, we need to think positively. We need to remember that when we are feeling down, we will rise up,” she said. “This song is so special to me because I wrote it when I was going through a hard time at school, and it got me through. It reminds me that whatever I am going through at the time, it won’t last forever.”

Mandel recently launched the #risechallenge on TikTok to “show what we ‘rise’ for in terms of what makes us happy, feel alive or care about” and is producing a video for the song.

After graduating from Temple University, the Philadelphia-area native joined his father, Albert, and uncle, Sam, in family business Govberg Jewelers. The company was founded in 1916.

By 1964, Irv Govberg took his father’s place as president of the company. Nineteen years later, his sons, Danny and Jeffrey, joined the business, becoming the third generation involved with Govberg Jewelers. And in 2009, Irv Govberg’s grandsons, Brian and Marc, joined the company as well, representing a fourth generation.

Today, Danny Govberg serves as company president, succeeding his father. There are Govberg Jewelers locations in both Rittenhouse Square and in Suburban Square in Ardmore.