Landscaping crews are tackling the overgrown grass at Har Nebo Cemetery and Mount Carmel Cemetery — and both could be open for visitors in a few days, owner Richard Levy said.

“They should be open soon. It depends on the weather,” he said, noting that headstone repairs haven’t begun. “It depends on how busy we are and what’s going on. We pick up the stones when we can.”

Levy said previously that the coronavirus threw him for a loop and, aside from some funerals, he essentially closed the cemeteries to prevent the spread of coronavirus and to protect himself.

Those actions infuriated those who couldn’t pay their respects to loved ones and stirred complaints about the unkempt conditions at both cemeteries, which date to the 1800s.

Levy has been pushed in recent weeks by both Jewish Federation of Greater Philadelphia and state Rep. Jared Solomon to take care of the cemeteries.

Jewish Federation Chief Operating Office Steve Rosenberg said he spoke with Levy and helped arrange for a landscaping crew to cut the grass. Two cuttings are planned about a week apart to get the grass under control. As of deadline, the first cutting was nearing completion.

“It’ll be cleaned up, and it’ll be on the owner to keep it that way,” Rosenberg said. “You can’t use pandemics as an excuse to not cut your grass.”

Solomon said conditions at both cemeteries have been an ongoing issue since he took office in 2017.

“We’ve continued to put pressure on the leadership over there and they continued to be nonresponsive,” he said.

Cemeteries have an added obligation to the public, Solomon said.

“The difference with a cemetery is that you’re dealing with emotions from family and loved ones,” he said.

“It’s a bigger issue than just one cemetery or two cemeteries,” he said. ”While cemeteries have a responsibility to the public, the public also has a role to play to make sure it has a good experience,” said Levine, who supervises Haym Salomon.

“Everyone should do their research,” he said.

Those who have complained about the cemeteries are wary of conditions going forward.

Although she was happy to hear that the grass was finally being cut at the cemeteries, Paula Epstein wasn’t convinced the troubles were over.

“How are we going to keep two old Jewish cemeteries alive?” she asked.

Epstein, who splits time in Philadelphia and Jupiter, Florida, tried to visit Mount Carmel, where numerous relatives are buried, a couple weeks ago, but couldn’t get in the gate. She’s been calling every public official she can think of ever since.

The same was true for Milton Banks, 92, of Deptford, New Jersey, who attempted to visit Har Nebo on Mother’s Day. He also has been making calls.

Mount Carmel, which is in the city’s Wissinoming neigh- borhood, dates to the 1830s and has about 8,000 graves over five acres. The cemetery was desecrated by vandals in 2017, when about 275 headstones were knocked over. Jewish Federation raised $288,000 at that time for repairs.

Oxford Circle’s Har Nebo, which dates to the late 1890s, is larger, with Levy’s records showing there are about 33,700 people buried across 16 acres. 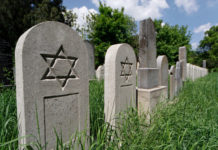 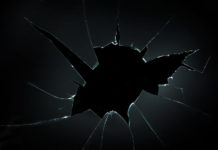