Attorney Paul Minkoff, who was active with numerous Jewish organizations, died July 20 at his Glenside home. He was 92.

The Philadelphia native and Army veteran was a partner with the Philadelphia law firm of Klovsky, Kuby and Harris and was also involved with Democratic politics, running for state representative in 1980. At one time, he was elected secretary of the Philadelphia Bar Association.

Minkoff’s Jewish community involvement included the presidency of the Germantown Jewish Centre in 1971, chairing the Memorial for Six Million Jewish Martyrs in 1983 and co-chairing the Israel Independence Day Celebration a year later.

In 1988, Minkoff began serving a three-year term as president of the Jewish Community Relations Council. There was much contention about Israel then, but Minkoff was respected by people on both sides of the issue, said longtime friend Burt Siegel, a Democratic Jewish Outreach Pennsylvania co-founder.

“Paul was really someone who had the ability to bring together people who disagreed,” Siegel said. “The best way to describe him was that he was the consummate mensch. … I never heard him say anything critical of anyone.”

Among other activities, Minkoff was national vice chair of the Jewish Council for Public Affairs in 1999, a member of the Pennsylvania Heritage Affairs Commission from 1993-’96 and, in the early 2000s, was a member of two committees of the Jewish Federation of Greater Philadelphia.

Minkoff’s wife, Hilda, died in 2015, but he is survived by his son David (Debbie) and daughter Debra (Silke Aisenbrey), four grandchildren and one great-grandchild.

“We have much to be proud of over the last 18 years, and what I am the most proud of is that we, our outstanding clinicians, administration and employees live our mission and carry out our responsibility to provide excellent health care to anyone who walks through our door,” Freedman said. “The culture of Einstein is unique, has been a blessing, and I have been so honored to have been a part of it.”

An Einstein news release credited Freedman with overseeing the expansion of MossRehab; the concept, construction and operationalization of Einstein Medical Center Montgomery; expanding Einstein’s outpatient centers; the celebration of Einstein’s 150th anniversary as a system, including the organization’s largest fundraising campaign; and continued pursuit of a merger with Jefferson Health.

After retiring, Freedman will continue to work with the board of trustees and leadership on select initiatives for Einstein.

Einstein’s board of trustees appointed Ken Levitan as interim CEO. He has worked at Einstein for more than 13 years, serving as executive vice president and chief administrative officer and leading the Incident Command Center during the pandemic.

The Jewish Federation of Greater Philadelphia, along with other Jewish Federations across Pennsylvania, hosted a webinar July 27 to bid farewell to Dani Dayan, consul general of Israel in New York, who is returning to Israel after four years in the United States.

Dayan spoke about his time in office, mentioning that his tenure started with the closing of the Philadelphia consulate — making it important for him to make sure the city and all of Pennsylvania weren’t neglected.

He noted that, unfortunately, his Pennsylvania memories included the 2017 desecration of Mount Carmel Cemetery and the 2018 mass shooting at the Tree of Life synagogue building in Pittsburgh.

“Nothing could have prepared me for Pittsburgh,” he said.

“You strive to maintain Jewish life under dificult circumstrances,” he said.

There also were messages from Gov. Tom Wolf and U.S. Sens. Pat Toomey and Bob Casey, as well as Rabbi Hazzan Jeffrey Myers from Tree of Life.

Dayan previously chaired the Council of Jewish Communities in Judea and Samaria from 2007 until 2013. He also founded Elad Systems, which specializes in the development, integration and maintenance of information systems, outsourcing and facility for large governmental, public and private organizations.

The Jerusalem Post reported July 23 that the process of picking a replacement for Dayan hasn’t begun. 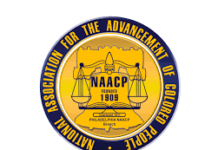 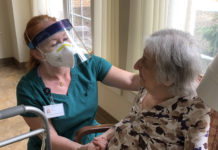 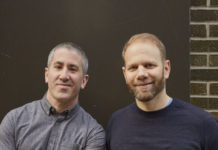