David Ruderman loves teaching. He loves fundraising, training graduate students, academic administration and writing books on the hot topic of early modern Jewish history, too. According to colleagues, he’s done it all with an uncommon energy.

“And they pay me for that!” he said. “Why shouldn’t I be excited and passionate?”

On June 30, Ruderman, 76, retired after an academic career of nearly 50 years. Titles changed, and so did higher education, but Ruderman, ending his career as the Joseph Meyerhoff Professor of Modern Jewish History at the University of Pennsylvania, in addition to director emeritus of the Herbert D. Katz Center for Advanced Judaic Studies, was animated by the same fundamental questions through it all: What does a Jew do in a non-Jewish world?

“I guess, as a young liberal Jew, I was looking for models of Jewishness where Jews were deeply committed and invested in their own cultural traditions and, at the same time, could draw questions and cultural concerns that came from the outside,” he said. “And that, to me, is the meaning of Jewish cultural history and the Jewish cultural experience.”

Ruderman is a native of New York and the son of a rabbi, later becoming a rabbi himself. Watching his father at a young age, he said, combined with early experience teaching his peers in Young Judea, the Zionist youth movement, led him to a lifetime of studying Jewish history. He attended City College of New York, studying history, before obtaining a master’s in Jewish history at Columbia University and a Ph.D. in the same subject from Hebrew University.

Before he came to Penn in 1994, he taught in Israel, as well as at the University of Maryland and Yale University. Leaving Yale was hard, he said, but the offer made to him by Penn — to build the Center for Judaic Studies up from a fallow period — was enticing.

“Most academics stay away from administration,” he said. “I love administration. I love schnorring. I love fundraising.” Ruderman moved to Merion with his family, where he still lives.

Benjamin Nathans, a professor of Jewish history at Penn, said that Ruderman’s combination of scholarly and institutional skills was something found “very, very rarely” in academia. Moreover, he said, Ruderman performed with integrity in both areas.

“He was always alive to the ethical dimension,” Nathans said.

When Ruderman arrived in 1994, the research institute was there to shape was called the Center for Judaic Studies. Over his 20 years as the director, which took on the Katz name in 2008, he raised millions of dollars for the purpose “of a kind of secular high yeshiva, where we could bring the greatest minds in the world to learn from each other and create a collective community of learners,” he said. Today, the center is the most respected of its kind in the world, according to Nathans.

Along the way. Ruderman published almost 25 books, many of them as the sole author. Just as his career comes to a close, he is publishing “Missionaries, Converts and Rabbis: The Evangelical Alexander McCaul and Jewish-Christian Debate in the Nineteenth Century.”

He also guided generations of graduate students toward the advanced study of Jewish history. Some of them hosted a Zoom-based retirement party for him a while back.

“Most energetic person I know,” Rebecca Kobrin said of Ruderman. Kobrin, who is a professor of Jewish history at Columbia University, added that she “would not be in Jewish studies or Jewish history if I had not taken that class with him my freshman year at Yale.”

And though Natalie Dohrman was not a graduate student under Ruderman, she was similarly aided by his guidance; since her time as a fellow at the Center for Advanced Judaic Studies, Ruderman “has been a great mentor throughout my career,” she said. On his energy, Dohrman noted: “He writes emails in all capital letters.”

While the beauty of tenure is that “you can go on until you drop dead in the classroom,” Ruderman said, he felt it was time to retire. As befitting a professor of history, he worries that too many people “stand naked before the immediate” when they undervalue the study of history, he said. To clothe them a little better, he’s going to continue to write.

“And thank God I don’t have to teach on Zoom,” he said. “That would be horrible.” 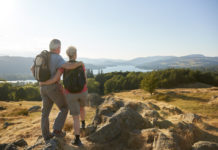 How to Properly Prepare for Retirement