With a fifth month of social distancing beginning, many are growing tired of browsing streaming services and flipping through channels to find fresh entertainment.

But three different Jewish film festivals may be able to scratch the itch for new media.

Due to the virtual format, the festivals are able to reach a much larger audience than before.

Michelle Susson, festival director for the Cherry Hill festival, said there’s been a huge increase in the number of people who bought series tickets. Series tickets allow viewers to access the festival’s 20-plus films, which run from now until Aug. 13.

The Cherry Hill Festival is celebrating its 15th season. Each year, a highlight for Susson is “sharing films that people never would have seen otherwise.”

“We always are cognizant of making sure we include films that have a Holocaust theme,” she said. ”It’s important to continue educating and letting people hear stories that they may have never heard before.”

In addition to the films, all three festivals offer post-screening discussion programs through Zoom. The speakers for each range from filmmakers to local experts to informal conversations.

For the Cherry Hill festival, the discussion facilitators for the film “Latter Day Jew” are both the director and subject of the film, Susson said. The screening will take place July 12-14, with the discussion at the end of the 48-hour window.

“This window allows everybody to be able to screen the films on their own time,” Susson said.

Similarly, the main focus of the Gershman festival is trying to make things easy for patrons in terms of online accessibly, said Matt Bussy, festival manager.

Their upcoming festival “Shared Stories: The Intersection of Black and Jewish Experiences in America” will screen four documentaries on Monday nights from July 12 to Aug. 3.

This timely theme features “They Ain’t Ready for Me” and “Shared Legacies,” which are making their Philadelphia premieres. The other two films were shown at past festivals but brought back due to high demand.

“Probably the most popular documentary we have ever shown is ‘Sammy Davis, Jr.: I’ve Gotta Be Me.’ A lot of people don’t know that he converted to Judaism and his love for the religion is really amazing,” Bussy said.

Bussy noted how “Black and Jewish people have shared experiences throughout history. They both have been persecuted horrendously and continue to be treated terribly.”

In “Joachim Prinz: I Shall Not Be Silent” that intersection is explored by looking at “Rabbi Joachim Prinz, his friendship with Dr. Martin Luther King Jr. and how they both marched on Washington,” Bussy said.

Bussy “hopes that these four films make people aware of the system that is in place and can potentially cause both real change and unity.”

The Gershman festival is entering its 40th season in September, making it Philadelphia’s first film festival and the second-oldest Jewish film festival in the country.

Kehillah of Chester County is embarking on its Seventh Annual Summer Shorts Film Festival. Due to the virus, the festival made the move to show feature-length films for the first time, Senior Project Coordinator Shelly Rappaport, said.

They will screen eight films, stretching from now until Aug. 26.

“We have a really interesting mix of films, some narrative and some documentaries. They are all different from one another, but all display ethics of Jewish values and the diversity of Jewish life,” Rappaport said.

Making the movies available to the Greater Philadelphia area has been the festival’s main focus, Rappaport said. Kehillah of Chester County is not charging for the films; instead, a suggested donation of $10 is recommended.

All three festivals have tickets available on their respective website for entrance to one film or access to all films in the series. 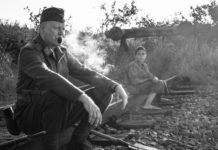 ‘The Painted Bird’ Is Now on Demand 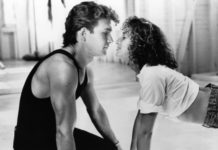 A New ‘Dirty Dancing’ Film Could Be in the Works 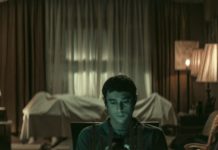