The inventor of Chambord Liqueur earned his bachelor’s degree in chemistry at Cornell University, served in the Army during the Korean War and originally wanted to be a playwright and songwriter.

He wrote and produced a play off-Broadway before joining his father’s liqueur company, Charles Jacquin et Cie, Inc. (also known as Jacquin’s), and funneling his creativity into product development.

“He loved creating new products and he never stopped. The last thing he was working on was a vodka with espresso flavor,” said sister Joan Sall, director emeritus of the Philadelphia Museum of Jewish Art. “It was never produced, it was just something in his mind.”

He grew up in a Jewish family in Lower Merion and attended Lower Merion High School. He maintained a close relationship with his five siblings.

“He was a wonderful brother. He was an outgoing, warm person, and generous,” Sall said. “Our lives interlocked in many ways and we were very close in the last years — we were both in Florida in the winters.”

Sister Sally Cooper Bleznak, founder and chair emeritus of Women of Vision at Jewish Federation of Greater Philadelphia, worked with him in Jacquin’s public relations department.

“He was very affectionate, and he really enjoyed having me do things,” she said. “We had a great appreciation for each other.”

He also kept in close contact with his mother when he traveled for business.

“He was especially connected to my mother, and I thought that was beautiful,” Bleznak said. “He would call from wherever he was, and he would always bring her back a magnificent bottle of brandy.”

Cooper eventually took over Jacquin’s from his father. The company was founded in 1884 and is the oldest operational liqueur company in the United States. His family bought the factory just after Congress ended Prohibition.

During his career, Cooper created several new products, most famously Chambord. The black raspberry liqueur was modeled after a similar one produced in the Loire Valley of France during the late 17th century. Cooper loved France and often traveled there for business.

“You would put a splash in champagne with some raspberries, and you served it at weddings because it was so festive,” she said.

Cooper would eventually sell the brand to Brown-Forman for $255 million.

He garnered several awards for his achievements in his industry. He was recognized by Marquis Who’s Who Top Executives “for dedication, achievements and leadership in food and liquor.” He was also named a 2018 Albert Nelson Marquis Lifetime Achievement inductee and a Decorated Ordre de Chevalier de Provence honoree.

He maintained his love for the arts throughout his life and established the Sky Cooper Prize at the Marin Theatre Co. in California “to celebrate the work of the American playwright and to encourage the creation of bold, powerful new plays for the American stage,” according to the company. The prize awards playwrights financial support and workshop opportunities for outstanding new work.

Cooper was married to Karen Washburn, a graphic designer and model from Cedar Rapids, Iowa. They divorced. Later, he married Kim Mueller, a beautician from Cape Town, South Africa.

He had two sons, John and Robert Cooper. The latter died of an overdose in 2016.

He also adopted T’neal Cooper, his second wife’s daughter from a previous marriage.

Friends and business partners remember his passion for his work.

“I so enjoyed his enthusiasm and creativity. He will be missed,” acquaintance Stephen Deleo commented on his Legacy obituary. 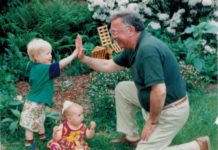 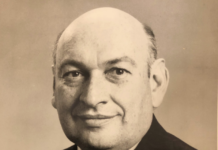 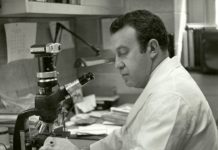