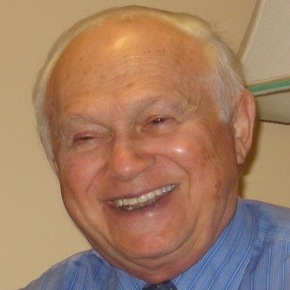 Holocaust survivor Adam Henry Herzig, who played an active role in the local Jewish community, died on June 23 in Toronto. He was 95.

“He had a way of bringing people together,” longtime friend Elliot Rosen said. “He was a peacemaker at all times.”

Rosen first got to know Herzig in the late 1990s through Jewish Federation of Greater Philadelphia’s Partnership2Gether program (now Partnership 2000, or P2K), which connects Jewish communities around the world to communities on Israel’s periphery. Herzig chaired the organization at one point.

Several people including Herzig visited Netivot and the surrounding Sdot Negev district to consider its viability as a sister city to Philadelphia, Rosen said. Many were skeptical, but not Herzig.

“He was right, and they were wrong,” Rosen said. Netivot and Sdot Negev became a sister city and remains so to this day.

An engineer by trade, Herzig was an expert in bearings and president of Arader, Herzig and Associates, Inc. starting in 1986, daughter Elise Herzig said. He moved to the area in 1979.

A native of Poland, Herzig and his older sister were saved by Christian families during World War II. That sister, Lena Allen Shore, was well known as an educator at Gratz College, the author of 17 books and a friend of Pope John Paul II. She died in 2018.

“He survived the Holocaust and so many people would have left that experience jaded,” but Adam Herzig wanted to do more than just survive, Elise Herzig said.

Adam Herzig told a story to his grandson once about how, after World War II, he bought a painting instead of saving his much-needed money. He noted that to do so meant he was living and bringing beauty into his life.

“His hobbies were maintaining his friendships and his relationships,” Elise Herzig said.

He also was loyal: He paid to have flowers sent to the grave of the man who taught him English. That man died in 1956, but Adam Herzig sent flowers to the end.

His spirit endured until his last days, Elise Herzig said. He was injured in a fall last year and spent time in a rehabilitation center.

“What everyone marveled about was what he had on his bookshelf,” she said, noting that books ranged from Hermann Hesse’s “Siddhartha” to a work by New Age author Deepak Chopra to collections of French and Jewish short stories.

Adam Herzig received a Silver Cross of Merit from Poland and was an honorary citizen of Netivot, Israel. He was a past board of trustees chair at Har Zion Temple, a HIAS PA board member and a vice chairman in Montreal’s Jewish Federation.

Adam Herzig was preceded in death by his wife of 62 years, Anne, in August 2019. He is survived by his daughter Elise (Ronnie Cuperfain), son Jack (Heather) and five grandchildren.

KleinLife will open its annual farmers market on July 8, with the market open every Wednesday through the fall from noon to 3 p.m.

The market’s mission “is to connect communities with good nutritious food from sustainable family farms. It strives to improve food security, farm viability, community and ecological health,” according to a news release. All profits will go to support the RSVP Philadelphia Home Delivered Meals Program.

“Much of the fresh fruits and produce we will be offering is being grown on campus in our own hoop houses and community garden. Other foods are being provided through The Common Market, a nonprofit food distributor,” said John Eskate, director of RSVP Philadelphia, which manages and operates the market in cooperation with KleinLife.

The market will follow COVID-19 procedures to ensure it will be operating within Centers for Disease Control and Prevention guidelines. Customers will be required to wear  masks and be spaced apart.

KleinLife announced that it has received a $7,500 grant from Citizens Bank.

When KleinLife ceased its daily senior center operation in March — which included its congregant meals program — the  center experienced a greater demand for home delivered meals from seniors, adding nearly 300 people to the program.