Most of Rick Spector’s YouTube videos on the history of Philadelphia, which often focus on its Jewish residents, rack up somewhere between 50 and 100 views. But every once in a while, the algorithmic stars align, and 10 times that number will click on a video titled “Philly’s Manhole Kings,” for example.

The attention is nice, but for Spector, a passionate amateur historian of the city he’s called home for nearly his entire life, it’s just icing on the cake.

“It’s enriching my life to find out where I came from,” Spector said.

Spector, 68, has made short movies and multimedia presentations about Philadelphia history, Jewish and general, since 1983. Moviehouse Productions, his production-company-of-one, is named after the long-gone neighborhood movie theaters where Spector saw the flicks that helped spark his interest in American cultural history: “Best Years of Our Lives,” “The Lost Weekend,” “The Day the Earth Stood Still” and “The Incredible Shrinking Man,” for starters.

Spector writes, edits and produces his own videos, getting a hand from his tech-savvy son when he needs it. His wife helps out, too, chiming in with notes and questions about the videos during the editing process.

“When she doesn’t like something, she tells me,” Spector said.

Though Spector’s videos aren’t feature-length, his speaking engagements are. Cultural and educational groups around the city routinely invite him to deliver presentations that string together videos with a slideshow presentation from Spector. He can tailor the history that he covers to what the audience wants to hear about, too; the videos on his channel make up just a small portion of his vast library
of work.

“I tell lots and lots of stories about different things,” Spector said.

Spector traces his interest in history and storytelling to time spent with his father. Growing up in Oxford Circle, a place about which Spector cannot help but mention historical tidbits, he’d hear stories of what his father saw during his daily travels around the city. Spector’s father would take him and his sister to Strawberry Mansion, and he’d tell his children about what the old neighborhood used to be like, when Jewish families lived and worked there.

“My dad really spawned my interest in the city,” Spector said.

After high school, Spector studied history at Temple University. The stories he has to tell from his undergraduate years — 1968 to 1972 — leave his son “wide-eyed,” Spector said, just as his own father’s stories about the Great Depression had once left him similarly struck. His grandchildren, Spector figures, will one day find themselves similarly affected by stories about the 2007-2008 financial collapse and the current pandemic.

Spector then earned a master’s degree in social work, which brought him to the Jewish Family Service of Atlantic County for a few years. He kept the sand out of his shoes, as the saying goes, and made it back to Philadelphia.

After working for a bit at the David Newman Senior Center, now absorbed into KleinLife of Northeast Philadelphia, he joined the organization where he’d spend the rest of his professional life: the Philadelphia Corporation for the Aged. It turned out to be a perfect match of interests and occupation, and Spector retired in 2016.

“Doing community relations gave me a great opportunity to explore the city more, and the changing nature of the city,” he said. “It was not the Philadelphia I grew up in.”

Lynne Ellis, program director at KleinLife: Center City, said that Spector’s presentations at her facility have been “very well-researched, full of fascinating and entertaining information, with lots of fun trivia, too.” His multimedia presentation style, she added, “make it extra appealing.”

The pandemic, which has kept Spector from his presentations, has been a little bit of a good thing for him. It’s given him time to update and maintain the YouTube channel, and to keep digging for new stories. Making pieces of his public presentations available on YouTube has been “a good mental health project for me, and people enjoy them,” Spector said.

What’s more important than that, Spector added is that the work he’s spent decades doing is made available for his children and grandchildren to access whenever they can. It’s part of his legacy, he said. When he’s no longer around, he wants the collected efforts of the videos to tell his story, right alongside Philadelphia’s.

“We all have our stories to tell,” Spector said. 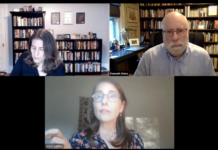 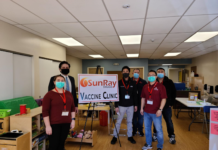 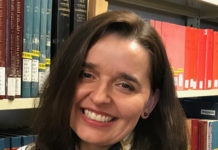