Tiferet Bet Israel in Blue Bell is implementing a new dues model it is calling Heshbon Lev (giving of the heart) that calls for members to pay what they believe membership is worth to them, Treasurer Pam Kuperstein said.

“What is the value you get from us?” she said.

Heshbon Lev, which germinated from strategic planning the synagogue conducted in recent years, has two purposes.

First, it eliminates barriers to entry. Kuperstein noted that under the prior, more traditional pricing model, some families were leaving because of prohibitive costs.

Second, Heshbon Lev is more conducive to a culture of giving. The synagogue had become more of a “pay for service” organization, Kuperstein said. For example, under the new model, there will no longer be charges for reserved seating during the High Holidays.

TBI’s fiscal 2021 begins on July 1, but the synagogue began rolling out the program last fall around the High Holidays and followed that with an informational meeting. Pledge letters went out in January.

So far, the response has been largely positive, Kuperstein said, adding that members were informed of suggested “sustaining amounts” for the synagogue’s budget.

“It’s really been a mix, but overall the results are promising and will support our budget in the coming year,” she said.

Kuperstein said there were concerns that the new model wouldn’t generate enough money to support TBI’s operating costs, but a staff reorganization added a director of engagement to work with members. The idea is that if families see the value that the synagogue provides, they’ll increase their pledges.

In addition, the more members you have, the lower the amounts everyone has to give, she said.

“The challenge for synagogue membership is that benefits aren’t implicit,” he said, noting that membership is declining at all sorts of organizations. “Synagogues have to promote the value of the institution.”

If they’re able to do that, members don’t go the cheapest route possible, said Olitzky, an associate with Mersky, Jaffe & Associates in Newtown, Massachusetts, which specializes in fundraising for nonprofits.

Olitzky said about 50 synagogues nationwide use a model similar to TBI’s.

“By and large, those synagogues that have moved to the model have been successful,” he said.

TBI, which draws from Blue Bell, Norristown, Lansdale and surrounding areas, now counts 361 families, an increase of about 3.5% from the previous year, following several years of decline, Kuperstein said.

The synagogue also has changed some of its internal structure, renaming and refocusing the former Rituals Committee as the Jewish Life Committee in late 2019.

“Jewish life represents so much more than rituals,” synagogue Vice President Matt Handel said. “The idea was to have a very broad view of the congregation.”

Handel said the upcoming High Holidays will put some of the new philosophy to practice, considering it’s the first time there will be virtual components with those events.

Aside from revamping its dues model and internal philosophies, TBI is wrapping up a celebration of its 30th anniversary, holding a number of events throughout the year. Those events culminated with a virtual “UnGala” on June 13.

Like organizations elsewhere, TBI has shifted many events online in the wake of the pandemic, including a “Camp TBI in a Box” for children, as well as daily minyans, Shabbat services and learning events.

“There are a group of people who are really taking advantage,” Kuperstein said. 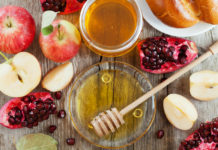 Need a High Holiday Seat Within Budget? These Are Free