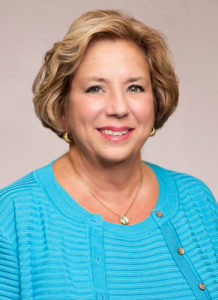 I find it difficult to process the events of the past two weeks; I imagine that most members of our Jewish communities are in the same boat. Our emotions were abruptly refocused from fear of a global pandemic and a virtually unprecedented economic disruption to outrage over the unjust murder of an innocent black man. The outrage was magnified because the killing of George Floyd was but the most recent example of 400 years of racial injustice in a country that was founded on the promise of “liberty throughout all the land unto all the inhabitants thereof” enshrined in our Torah.

The Jewish Federation of Greater Philadelphia responded with a statement committing to our black fellow Philadelphians: “We are ready to raise our voices in peaceful protest and to partner with you in building a just society that honors our shared ideals. Now is the time for our city to come together to fight racism and bigotry in all of its forms.”

As the chair of the Jewish Community Relations Council — the arm of the Jewish Federation devoted to community relations, government affairs and public policy advocacy — I have been struggling with how the Jewish community lives up to that commitment. JCRC provides educational and advocacy opportunities for Jews across our region. We build relationships with our neighbors from other communities of faith and ethnicity. We advocate against all forms of bigotry. Our mission is to build a world where everyone can prosper and achieve their deepest held dreams. How do we best do that now?

Contemplating that question, I think back to January, when 45 Jewish Philadelphians traveled to Georgia and Alabama on a civil rights mission. The trip, planned by JCRC, the Anti-Defamation League, American Jewish Committee and the Kaiserman JCC, visited important locations from the 1960s civil rights movement. We had the opportunity to hear first-person accounts of civil rights activists from the 1960s. We visited the Equal Justice Initiative museum, which tells the history of racial injustice from the Civil War to Jim Crow, from lynchings to mass incarceration. We visited the National Lynching Memorial, learning that lynchings occurred as close as Chester County in the 20th century. We returned inspired to make racial justice part of the Philadelphia Jewish community’s agenda.

Educating ourselves was the first imperative. We started with conversations about confronting racism as Jews, a four-part series in partnership with Temple Beth Zion-Beth Israel, whose rabbi, Abe Friedman, and members, including myself, were a significant part of the mission. Facilitated by JCRC Director Rabbi Batya Glazer, with appearances by Chad Dion Lassiter, Pennsylvania Human Relations Commission’s director, and Jared Jackson, executive director of Jews in All Hues, we began the difficult work of reflecting on our attitudes. We acknowledged that some Jews are racist, and some blacks are anti-Semitic. We also discussed intersectionality, which results in some blacks characterizing Israel as a colonial white nation that oppresses people of color. But we ended our dialogues hopeful that the vast majorities of our communities want the same things — dignity, justice and peace.

How do we do make those dreams a reality? That’s the question with which we must grapple in coming weeks, months and perhaps years. I am writing to lay out initial thoughts and invite your participation in JCRC’s work.

We need to recognize that we have much work to do. The work can come in the form of nonviolent protest, contacting elected officials or educating ourselves about racism.

JCRC will discuss with our African American elected officials their proposed legislation in response to recent events. We will present a webinar in which our community members can hear directly from those representatives. We have seen the disproportionate impact of institutional problems on the black community — not just in the criminal justice system, but also in health care, education, housing and food insecurity. We must evaluate how to prioritize the competing demands for reform.
We intend to work with local black clergy and community representatives to engage the Jewish community in support of their efforts. Just as our Jewish community gets to determine how we understand anti-Semitism and how we want our partners to respond, those who are most impacted by racial bigotry must have our support in defining the response.

We must educate ourselves, acknowledge our prejudices and do the work to be anti-racist. Our efforts that began with the civil rights mission and advanced with our racism discussions must continue through book groups and dialogues in our synagogues, JCCs and other communal organizations. We will work with the Board of Rabbis to hold educational trainings for local rabbis and the wider Jewish community. We will work with our community partners, especially ADL and AJC, to expand upon their activities with black Philadelphians.

We must also encourage everyone to vote. While the JCRC must remain nonpartisan, we will convene town halls with candidates, even as we provide opportunities for Jewish communal leaders to discuss our concerns, including responding to racism, with the candidates.

In sum, there is much work to be done. As we were taught by Rabbi Tarfon in Pirkei Avot: “It is not your duty to finish the work, but neither are you at liberty to neglect it.” Let us commit to begin the work so that our children and grandchildren will live in a country in which the American dream of equal opportunity for all will finally be realized. 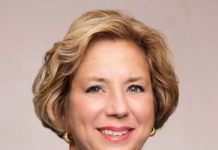 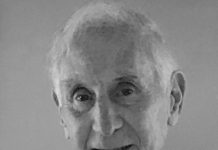 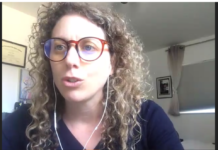