Abby Jones, 45, is a high-energy research consultant and part-time professor of strategic communications at Temple University. She loves coffee and her students; she finds solace at her favorite local tap, Graduate Hospital’s Pub & Kitchen, and lives for walks around her Center City neighborhood.

She also has multiple sclerosis. She’s among the immunocompromised cohort you’ve heard so much about.

The good news for Jones is that, in order to stay both safe and sane, she hasn’t had to compromise all that much.

She’s always been an early riser. And since rush hour has become a thing of the pre-pandemic past, it’s now the best time of day for Jones to lace up the sneaks and hit the pavement.

When life became home-bound in late March, she counted on Center City being much less crowded than usual, but didn’t count on how emotionally affecting it would be to see places once teeming with life now devoid of it.

Jones’ father was a combat photographer in Vietnam, capturing both brutal scenes from the Tet Offensive and beautiful ones of the Vietnamese landscape for Stars and Stripes.

“I was 4 when my dad gave me my first point-and-shoot camera,” said Jones. “He taught me.”

Photography became a passion for Jones as she matured. She attended college at George Washington University and got a job working with the men’s basketball team. She documented every game with the same 35mm camera he’d carried around Vietnam and later given to her.

But when her father died from exposure to Agent Orange 20 years ago, her relationship with photography changed, becoming emotionally fraught.

“Since my dad passed away, photography hasn’t been a central part of my life,” Jones said. “Because picking up the camera, I hear my dad’s voice, and sometimes that’s great and sometimes it just makes me miss him more.”

But with everyday life ground to a halt, Jones realized that this moment was too extraordinary not to capture.

“Truly, this project ended up choosing me, not the other way around.”

Since March 29, she’s taken 18 sets of photos; combined, they are a series Jones has dubbed “Empty Philadelphia.”

“What hit me hardest were the places that seemed to communicate sadness without people around,” she said.

“I walked through Rittenhouse Square, and you could almost feel the park crying out, ‘It’s 8 in the morning. Where is everybody?’”

The series contains Jones’ favorite haunts — black and whites of the emptiness along Pub & Kitchen’s west-facing façade where, at this time of year, outdoor tables should be packed.

There is City Hall, gates closed, its iconic clock tower a vacant monolith — except for a forlorn mop and bucket leaning against the side of the wall at ground level.

If there’s a Center City landmark that means something to you, chances are Jones has captured it in its most vulnerable state — absent the crowds that bring life and meaning to stone and steel.

On what was to be the day of Temple’s on-campus graduation, Jones drove up North Broad Street and shot an empty main campus. This may have been her most personal entry, as some of her most cherished friends are the communications students she teaches.

“I was so looking forward to graduation, personally. I had five seniors this year whom I was very close to.” Jones said. “Temple University on graduation day should be an overflow of people. It should be families bumping into each other trying to take pictures with the owl. But it was silent and empty. And, again, it was this feeling of emptiness that was so powerful.”

She attributed the ability to tell a story — and to tell a true story — through photography to her father.

“If I was going to take pictures, my goal was always going to be to document this time in our city’s history,” she said. “And that’s really the way my dad looked at photography, through that journalistic point-of-view. So I haven’t edited any of the photos. I’m documenting what is there.”

That’s why it was so important for Jones to document the aftermath of the George Floyd protests, which devolved into looting and property damage along Walnut Street’s Center City commercial corridor on May 30 into early May 31.

“The photos of the most recent events are jarring and troubling in a different way, but they’re part of the series … this can no longer just be about the past few months of quiet Philadelphia while ignoring what’s happened most recently. Both, to me, are now inseparable in terms of very hard times we’re going through as a country and as a city right now.” 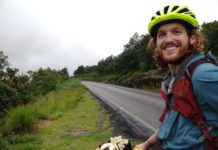 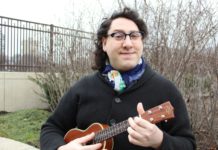