I learned about racism from the sneering boys in the low-slung car.

Genie and I were on our way to get ice cream, walking down Trent Road, the same street where, a few years earlier, she’d taught me my first poem.

“October gave a party,” she recited on a day when ochre leaves crunched under my size-four Keds. Her voice was patient as the elementary school teacher she might have become, if it wasn’t the late 1960s and she hadn’t gone to work in a candy factory after high school.

“The leaves by hundreds came,” she continued. “The chestnut, oak and maple, and leaves of every name.”

Genie gripped my hand as we scurried across four lanes of City Line Avenue and headed toward Baskin-Robbins, where I would order a single scoop of French vanilla and she would pocket extra napkins for the drips.

Then back up Trent Road. “The chestnut, oak and maple … ” I repeated between greedy licks. “You tell that to your mother when she gets home from work,” Genie said. “She’ll be tickled.”

Like my parents, I called Genie our “housekeeper” — never “maid” and definitely not “nanny,” although my care, during the hours I was not in school, was her top priority. Genie peeled the casing from my hotdogs, fearful that I’d choke; she blew on spoonfuls of Campbell’s tomato soup so I wouldn’t scald my lips.

Later, it was Genie who knew I’d started my period—she found my blood-streaked panties crumpled in the hamper—even before I told my best friend. She hung my first bra up to dry. She scolded me when I tried out a “bad word” I’d heard at school.

My mother says that when I was very young, I asked her why Genie’s hands were always dirty. “They’re not,” she told me. “That’s just the color of her skin.”

What did I really know about Genie? She’d worked in that candy factory so long the smell of chocolate made her sick. Her husband had died. Each morning, she took a trolley, the El and a bus to reach our house.

On bitter December evenings, my mother insisted on driving her home. “Lock your doors,” she said, once Genie had blinked her porch light to show she was safely inside. “This is a bad neighborhood.” I never asked what made it “bad.” Adults’ job was to parse the world; I followed their lead.

On days I when I had a cold, Genie brought me Kleenex and sat with me through a mind-blanching marathon of daytime television: “I Love Lucy” and “The Flintstones,” “Gilligan’s Island” with a chaser of “The Beverly Hillbillies,” “Bewitched” followed by “The Jetsons.”

What did I learn from those television binges? That in humans’ cave-dwelling days, you could tell the boy babies from the girl babies because the girls wore little bones in their hair. That someday we would travel in flying cars and cook dinner with a button’s push. That in both ancient past and gleaming future, everyone was and would be white.

But in 1971, I wasn’t thinking much about brownness or whiteness. I was just getting ice cream with Genie.

Then a car ground tight against the curb on Surrey Lane. A long, low car, restive with teenaged boys. The one in the passenger seat cranked his window down.

“Hey, the chocolate bunnies are out already. Isn’t it a little early for Easter?” I remember the jut of his chin, the angry curl in his voice, snorts of laughter from the others. A shriek of rubber as the car swerved away.

“Did you hear what that boy said?” Genie asked.

My face prickled. The phrase “chocolate bunnies” was making me feel sick. I wanted the moment to be over. I wanted to say I didn’t even speak the white boys’ language.

“Good. They were nasty boys.”

Genie and I never talked about what happened that afternoon. But I remembered it, and her, as I read about one more act of police brutality against an African American man, as I watched video footage of a white woman screaming at a black bird watcher in Central Park, as I saw my city seethe with rage and grief.

That day in 1971, I pretended not to know what I knew, not to hear what I’d heard. I was a child, desperate to shield an adult I loved from something that felt huge and insidious.

As an adult — a white adult — I must do better. I wish I could tell Genie what I know now: that racism is a continuing and tragic scourge. That October’s party was a bust, and all the leaves fell down. That television didn’t teach me how to make a more equitable world. That silence doesn’t protect.

I can’t share any of that with Genie — she died when I was 15 — but in the days since George Floyd’s breath was snuffed by a police officer’s knee on his neck, I reached out to the people of color in my life: a former housemate, artist colleagues, congregants in my synagogue, a neighbor who is the white mother of black sons.

I hesitated before thumbing the first note: would it seem a fatuous gesture, like the reflexive “thoughts and prayers” that issue from the mouths of public officials after every tragedy?

Then I remembered how, after the 2018 shooting at the Tree of Life synagogue in Pittsburgh, the first person to respond — a “thinking of you” text that brought me to tears — was my neighbor, a black woman who teaches African American history.

This time, I’m asking questions, reading essays by people of color and taking a frank, uneasy look at my own racism. I’m not pretending that I didn’t hear. I am using the words of condolence: anguish and sorrow and holding you close and is there anything you need? I’m writing as if there was a death in the family. Because there was.

Anndee Hochman is the author of “Anatomies: A Novella and Stories” and an essay collection, “Everyday Acts & Small Subversions.” She lives in Mt. Airy. 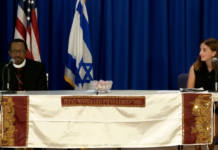 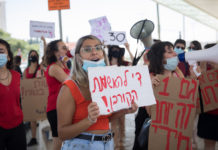 Thousands of Israelis Strike to Protest Violence Against Women 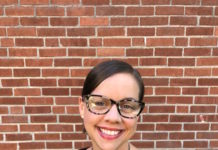 How to Fail at Standing up to Injustice