Benjamin Netanyahu, the TV series, is coming to HBO.

“Bibi,” the longtime Israeli prime minister’s ubiquitous nickname, will be based on the bestselling biography “The Netanyahu Years” written by veteran Israeli journalist Ben Caspit, Variety reported on May 28.

The series is set to be produced by Tel Aviv-based production company Abot Hameiri, which is best known for producing Israeli versions of “X-Factor,” “America’s Got Talent,” “The Bachelor” and “Survivor” and is now behind the Israeli television show “Shtisel.”

Award-winning screenwriter Kirk Ellis has been hired to write the screenplay.

“Ben Caspit’s insightful reporting demonstrates how private life always shapes public affairs, and there’s no shortage of conflict – or opinions – when it comes to Benjamin Netanyahu,” Ellis said in a statement, according to Variety.

“Bibi” will be the first television series about Netanyahu, who has been Israel’s prime minister since 2009. He previously served in the post from 1996 to 1999. 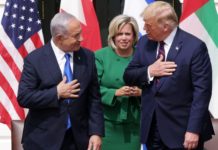 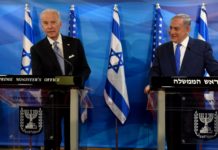 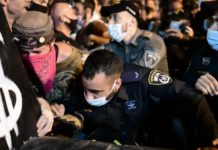 Tens of Thousands of Israelis Renew Protests Against Netanyahu