Margate, New Jersey, boardwalk-less, had no pedestrians to worry about, but opened its beaches to sunbathing, swimming and chair-sitting while enforcing social distancing.

Organized sports and gatherings of more than 10 remained prohibited, and masks were recommended but not required except in places like supermarkets, pharmacies, liquor stores and restaurants’ take-out windows.

Yet access to New Jersey’s beaches wasn’t restricted to locals or primary homeowners. Day trippers came. Second homeowners abounded, betrayed by their Pennsylvania and New York license plates. And, according to those renting and selling real estate, some who in a normal year might be elsewhere turned to the Jersey shore as a viable vacation choice.

Brigid Bilotta, a broker at Marketplace Realty in Margate, once feared a disastrous summer, but she’s now rejoicing.

“Parents are realizing that with camps closed, even people who haven’t rented in the past are thinking, ‘Well, as long as I have to work from home anyway, why not work from home down the shore?’” she said.

“When the coronavirus first started, everything was on hold — we got a lot of calls about canceling leases,” she added. “But as the weather started turning and the beaches started opening, things picked right back up and, right now, our inventory is low.”

What occurred on the south end of Absecon Island was a weekend that will be remembered for mixed feelings.

Were there instances of conspicuous disregard for the rules imposed? There were. Were there shirtless frat boys playing spike-ball and flouting the timely orders enjoining organized sports? Most emphatically, yes.

With all that said, summer’s overture mostly went off without a hitch.

People respected their neighbors, their beaches and their favorite pizza places and sub shops. They rode bikes, jogged on the boardwalk and said hello to friends parked in the car. They made room on the beach.

No one luxuriated on the beach more than toddlers who’d been cooped up for the last few months … and their trying-to-hold-on-for-dear-life parents.

Count among them Dave and Lauren Engel, and their nearly 2-year-old daughter. Nora let loose when she hit the Margate beach on May 23.

“She hasn’t napped like that for months,” Dave Engel said. It also gave Engel the chance to enjoy his favorite early evening summer pastime — reading Tolstoy.

Same goes for the JCC — some is better than none at all.

The Milton and Betty Katz JCC in Margate remains the north star of shore Jewish life, but its physical campus is still closed.

Talk last week out of Trenton suggested that fitness centers could be opening in weeks, not months, said Genia Bittner, that JCC’s director of marketing and special events.

“So we are preparing our building to reopen in June; we don’t know what that date will be yet,” she said.

That means that Camp by the Sea, the longtime day camp held at the JCC, is still on the table — even if, as Chief Operating Officer Marg Rosenblatt explained, camp this year might include a capped enrollment and few off-campus field trips.

As the physical campus reopens, the JCC is committed, Rosenblatt said, to holding classes and other programming online.

Virtual concerts, virtual comedy shows … all those things are forthcoming.

“Even after we physically reopen, we won’t be cramming 500 people in our auditorium for a while,” Rosenblatt said. 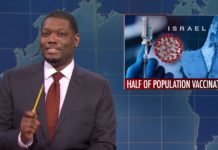 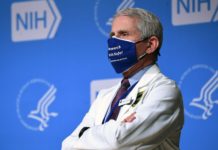 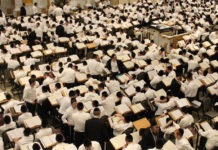