The COVID-19 virus has resulted in mortal hardships for countless people throughout the world. Not tragic, but also difficult, has been the delay or elimination of milestone celebrations, such as weddings, graduations and award ceremonies. For our family, it was the bar mitzvah service for our 13-year–old grandson, Gavriel (Gavri), S. Sabag, scheduled for April 18, that was put into jeopardy.

Although we are not a religious family, we are active in the Chabad of Abington where we attend many Jewish events. We love the warm, welcoming, heimish atmosphere of the Chabad. It reminds me of the experiences I had with my parents and grandparents who came to America from Eastern Europe. The attitude of the Chabad appears to be: If you are Jewish, you belong here, and we will take care of your religious needs.

Gavri’s cousin, Ani, had her beautiful candlelit bat mitzvah at a Havdalah service at the Chabad in the winter this year, mentored by the loving and knowledgeable Rebbetzin Dini. Ani’s final task was to dodge the candy pieces thrown by her friends and relatives as she kept a winsome smile on her face. Now it was Gavri’s turn. Or was it?

The virus hit, and confusion ensued. How serious is this? Will it be gone in a few weeks? If we have the service and party, will anyone attend? Shortly, the gravity of COVID-19 became obvious. People would not be able to gather in an enclosed building for an unknown number of weeks or months. What about having Gavri’s bar mitzvah outside the synagogue or his home with a minimal number of people attending? But even this was a problem because religious law prevented the video from being sent to Gavri’s relatives in Israel and Canada during Shabbat.

What about having his bar mitzvah outside his home the previous Monday? Rebbe Zushe said that this was prohibited during Passover. Could Gavri recite his parsha a few months later when the virus cleared up? Could he read it a year later? The answer to every possibility was either negative or undesirable. Then, the rebbe called Gavri’s parents and informed them that he had found a little-known religious text that would allow Gavri to read the Torah on the Monday following his original bar mitzvah date. Gavri’s deliriously happy parents made plans for a bar mitzvah outside his home.

Balancing the twin challenges of having a minyan and establishing social distancing due to the virus, the bar mitzvah happened. Gavri, the handsome bar mitzvah boy, embracing his mother’s Ashkenazi roots on one side of his family and his father’s Sephardi roots on the other side, read his Torah parsha, as his tearful parents and grandparents looked on. In the backyard of his bucolic home, the birds were singing love songs while the flowers and trees were blooming. We were in nature’s shul.

Was it appropriate to have a bar mitzvah in Gavri’s backyard? Yes! Bar mitzvahs have been held in shuls of Eastern Europe, in shtiebels of South Philadelphia, in besieged ghettos during the Shoah, in lavish Fifth Avenue Reform temples, and in concentration camps. There have been bar mitzvahs in religious settings and in secular settings, such as my son, Randy, had. It is not about  not the location; it is not only about the text; it is also a statement that I am a Jew, and that the Jewish people will continue to be here, enriching  the culture and well-being of  every society in which they live.

As Gavri was finishing his parsha, I had an imaginary conversation with his alta bubbe, whom Gavri never met and has long since passed. I said to her, “Mom, the greatest of your dreams has been realized through the b’nai mitzvot of your great-grandchildren — Ani and Gavri. The Jewish people, wounded but wonderful, have made it one more generation. Coming to America worked out.”

Will Gavri’s brother, Shai, and his cousin Simon have their bar mitzvahs at the Chabad? Hopefully, the virus will be long gone, and the boys and their parents will be able to choose the location. But the point is: They will have bar mitzvahs, and they will be meaningful. Bar mitzvahs and bat mitzvahs are part of the glue that has held the Jewish people together despite all its challenges, and they do not depend on a location.

Meanwhile, Gavri and his family will have nice memories every time they walk into their backyard.

Saul Axelrod is professor emeritus of education and applied behavior analysis at Temple University, where he was on faculty from 1972-2011. He lives in Elkins Park. 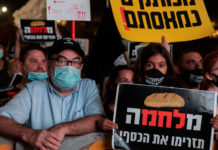 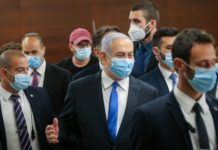 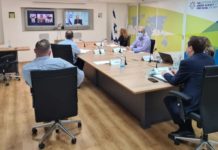