By Jesse Bernstein and Ben Sales

Pennsylvania saw a 22% rise in anti-Semitic incidents in 2019, according to the Anti-Defamation League’s annual audit compiled by its Center on Extremism.

The 109 incidents recorded in Pennsylvania represented the second-highest total ever, according to data the ADL has compiled since 1979.

The rise in Pennsylvania tracked with trends across the country. Last year saw 2,107 recorded anti-Semitic incidents in the United States, the most tallied by the ADL since at least 1979, according to the audit.

“We’re really concerned,” said Shira Goodman, regional director of ADL Philadelphia, which covers seven counties in eastern Pennsylvania, seven in southern New Jersey and the entire state of Delaware. “The numbers are really not good in our region.”

Pennsylvania was fifth nationally in total incidents, with 109. Pennsylvania’s historic average is around 64 incidents per year; in the past five years, the state has seen a 150% increase in recorded incidents.

Many of the incidents in Pennsylvania were related to vandalism: anti-Semitic flyering and all manner of swastikas. In fact, 80% of all vandalism incidents included the use of a swastika.

Of the 109 anti-Semitic incidents across the state, 96% took place in 19 counties in eastern Pennsylvania, according to the report. Nearly half occurred in Philadelphia (52), Montgomery (17) and Delaware (8) counties.

“You can’t just say, ‘Oh, it’s people who don’t live around Jews, who don’t know Jews and it’s stemming from ignorance and lack of knowledge and fear.’ It’s coming from places where people do interact with Jews,” Goodman explained.

Sixty-nine incidents took place within Philadelphia, many of them tied to extremist groups.

The report provides a small selection of those incidents.

Last April, the Muslim American Society Islamic Center’s “Ummah Day” celebration in Philadelphia featured young children singing violently anti-Semitic songs. In June, a man carved “SS” bolts into the pillars at the Philadelphia Holocaust Memorial. And in October, a synagogue in Northeast Philadelphia was defaced with an Iron Cross.

The ADL’s report shows that though 2018 saw a small dip the story of the last decade has been a consistent rise in recorded incidents. Last year, there were several high-profile anti-Semitic incidents that made national headlines.

In April 2019, one person was killed and three were wounded when a gunman fired shots inside a synagogue in Poway,  California. In December 2019, two gunmen killed four people, including two Jews, in an attack that ended at a Jersey City kosher supermarket. Later that month, a man killed one person and wounded four in a stabbing at a Chanukah party in Monsey, New York.

“This was a year of unprecedented anti-Semitic activity, a time when many Jewish communities across the country had direct encounters with hate,” Jonathan Greenblatt, the ADL’s CEO, said in a statement accompanying the report. “This contributed to a rising climate of anxiety and fear in our communities.”

The majority of American Jews have witnessed or experienced anti-Semitism in the past five years, according to another recently released ADL study. Close to two-thirds said that they’re less safe than they were a decade ago.

Extremist groups, or people inspired by an extremist ideology, were responsible for 13% of the incidents, a total of 270, the ADL found. Most of those incidents were flyers or banners intended to be used as propaganda.

There were 171 incidents involving references to Israel and Zionism. Among those that referenced Israel, 68 came from white supremacist groups.

Ben Sales is a reporter for JTA. 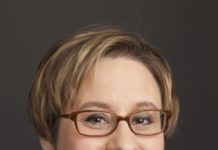