The National Museum of American Jewish History announced May 1 that about two-thirds of its staff would be furloughed without pay.

Though there was some initial hope that a Paycheck Protection Program loan would allow the staff to be kept on, the board of trustees learned that businesses and nonprofits going through bankruptcy proceedings, as NMAJH elected to begin on March 2, are not eligible for the funding.

Thus, staff was notified by Zoom call on April 27 that most of them would be furloughed. Museum management declined to specify the exact numbers of staff on payroll prior to the furlough, as well as the number furloughed.

“This is a very difficult thing for us to do,” said Phil Darivoff, chairman of the board. “It’s hard to put a team like this together, and it’s hard to break it up.”

Furloughed members will receive six months of health benefits, as well as other financial benefits that the museum declined to disclose, according to Emily August, director of communications and public engagement. Furloughed employees will have access to NMAJH’s human resources company, which will provide assistance to them in navigating unemployment benefits. The board will also, according to Darivoff, assist furloughed employees in networking, mentoring and career coaching.

The furlough is “deeply disappointing, to every board member,” Darivoff said. “No one gets involved with a cultural institution like this looking forward to first trimming the compensation of your people, and furloughing people.”

The compensation trim was one of the first steps in trying to cut operating costs back in March, said Misha Galperin, the museum’s interim CEO. On March 28, staff pay was reduced by either 10% or 20%, depending on the level of compensation. The museum had been closed since March 13.

Soon after, the PPP — providing loans to cover payroll, rent, mortgage and utilities — opened for applications. But NMAJH discovered that its Chapter 11 filing, undertaken just a month earlier, meant the museum was ineligible for the program.

“That was pretty difficult news to receive,” Galperin said. Earlier he told WHYY that the loan could have covered 2½ months of operating expenses.

It was especially hard to hear, he and Darivoff both emphasized, because management and the board believed that the bankruptcy proceedings may have finally put the museum on a path to settling its significant debts, incurred from construction of the building itself.

At the time the museum filed for bankruptcy, it owed more than $30 million to bondholders and about $1 million to unsecured creditors. The board entered that process with “a very determined sense of optimism about our future,” Darivoff said. “We felt very good about our getting through that process and coming out stronger and better.”

After the disappointment of the PPP application process, it was clear that the museum needed to scale down operations even further. NMAJH looked to trim whatever costs it could, Galperin said, but there was no avoiding the option to furlough employees.

Key revenue sources, like the museum’s spring gala, were cut off. Organizations that might have held private affairs in the museum’s event space could no longer do so, and educational events for the public — like a much-publicized March 15 evening with Natan Sharansky, Malcolm Hoenlein and Elan Carr — had to be canceled as well.

And though admission to the museum had been free of charge for some time, NMAJH was set to present a buzzy new exhibit called “The Evidence Room” on its way from the Hirshhorn Museum and Sculpture Garden in Washington, D.C. — “an installation that gives visual testament to the atrocities of the Holocaust, drawing on architectural forensic evidence to focus attention on the architecture that made the Auschwitz concentration camp a systematic factory for mass murder.”

Galperin added that, as a Jewish museum, NMAJH has had to devote resources to security that other similarly sized museums don’t have to worry about, a significant operating cost.

NMAJH was left with “no choice” but to furlough employees, according to Darivoff.

Furloughing and even eliminating staff has become a common choice for museums during quarantine, according to Adrienne Horn, president of the San Francisco-based Museum Management Consultants.

“The majority of museums, big or small, are not doing well,” she said. Those that are tied to governmental entities or universities have been able to weather the storm a bit better than their private counterparts, according to Horn, but even giants like the Metropolitan Museum of Art are struggling.

Though the building itself is closed, staff has been and will continue to produce online content and educational resources, according to Galperin and Darivoff.

The museum had dedicated significant resources to celebrating Jewish American Heritage Month this May, a federally recognized designation signed into law partially through the efforts of former Jewish Pennsylvania Sen. Arlen Specter. The in-person events were going to be “quite robust,” in Galperin’s words, with the museum taking a leading role in the national celebration. His hope is that NMAJH’s online content relating to JAHM will underline the same basic messages about Jewish communal resilience during uncertain times.

Charitable contributions are still being sought, and Galperin was happy to report that donations have continued to come in at an impressive clip from all over the country.

As the museum staff hunkers down for quarantine, awaiting the day when the doors can open again, Darivoff is hopeful that the vision that led to the bankruptcy filing — one that looked ahead to a nimbler, debt-free NMAJH — is still realistic.

“I don’t think we stopped that vision at all,” he said.

“There are a lot of unknowns at the moment,” Galperin said, “and we are making plans on to figure out how to come out of this.” 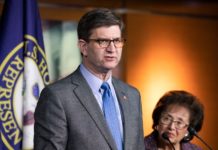 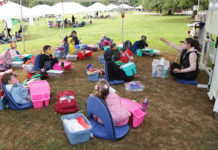 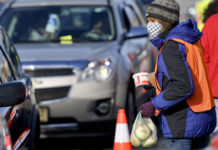