To help the segments of the community most severely affected and rendered most vulnerable by the COVID-19 pandemic, the Jewish Federation of Greater Philadelphia is responding with new emergency resources.

And both are already bearing fruit.

As of April 7, the COVID-19 Emergency Response Fund had raised over $1 million and distributed a total of $270,000 to be spread across nine Philadelphia-area organizations providing meals and support services to the community’s most vulnerable members.

Jewish Federation will monitor distributions from the fund, Greenberg said, because as the stay-at-home status quo persists and, presumably, as the Emergency Fund continues to grow, there will be newly developing areas of exigency. For now, she said that the fund’s top priority is food insecurity and those most vulnerable.

“And going forward,” she said, “we’re relying a lot on Brian Gralnick (director of Jewish Federation’s Center for Social Responsibility), who is working specifically to identify which groups will become most vulnerable.”

While fluidity regarding what and who is considered “most vulnerable” is expected in coming weeks and months, Jewish Federation has identified nine area organizations believed to be best positioned to aid those considered most vulnerable right now.

The list of organizations receiving first-round grants from the Emergency Fund can be found at jewishphilly.org/covid-19-emergency-fund-grants/.

But it suffices to say that those selected serve a broad-reaching group comprising local Holocaust survivors, the recently food insecure, households struggling to meet basic financial obligations like rent, mortgages and utilities, developmentally disabled adults and the homebound elderly and the families of children with disabilities.

The Emergency Response Fund has also designated $78,000 to be spread across three Israeli organizations. Among them are Leket Israel, Israel’s national food bank, and Latet Israel, which aids the most impoverished and isolated of Israel’s elderly, including thousands of Holocaust survivors in partnership with Seed the Dream foundation.

“Tali Lidar (director of Jewish Federation’s Israel office) has direct relationships with many NGOs in Israel, and they’re working together to identify what the immediate needs are there,” Greenberg said.

“That said, it’s important to note that this fund is designed to support needs locally. So while we’re certainly monitoring issues in Israel and weighing those needs alongside of how we’re taking care of the people here in Philadelphia, local needs are always top of mind.”

Meanwhile, the Jewish Federation Real Estate group, an affinity group composed of local real estate industry leaders, launched its Emergency Campaign on March 30. While JFRE regularly awards grants for capital projects that promise to be of enduring use to the Jewish community, the highest priority of the new campaign is to help the hardest-hit segments of the Jewish community simply endure.

As with the Emergency Response Fund, JFRE focused primarily on raising money for organizations addressing food insecurity among vulnerable populations like the elderly (through KleinLife’s Meals on Wheels), the newly food insecure (through Jewish Federation’s Mitzvah Food Program) and those who are already at acute nutritional risk due to serious illness (through MANNA).

But JFRE will also contribute an equal share of everything its emergency campaign takes in to the Greater Philadelphia Hotel Association’s COVID-19 Hospitality Workers Relief Fund.

“Our priority was food pantries servicing the entire population,” said Matt Pestronk, JFRE’s chair. “But we particularly wanted to target those serving the more urban locations where they’ve had more pressure than usual because of so many layoffs in the hospitality industry.”

To jump-start its emergency campaign, JFRE donated $50,000 from its own fund. It then pledged to match every donation it received up to an additional $50,000. The goal was to raise an additional $100,000 over the course of the week.

So how’d they do?

“We’ve been successful,” Pestronk said on April 5. “I don’t have the final numbers yet, but I’m hopeful we’ll be able to match up to another $50 (thousand).”

The last Pestronk knew, they were “more than halfway there.” 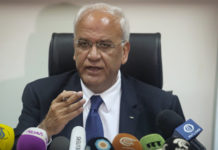 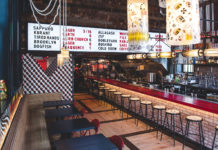 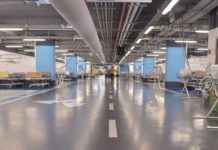