Between the Mediterranean Sea and the Jordan River, two nations lay claim to the same green valleys, the same cities and the same deserts. If there was a solution to this dispute, said the prevailing wisdom of many decades, it was two states, for two peoples.

Except, writes Ian Lustick, a professor of political science at the University of Pennsylvania, the likelihood of such a solution is no longer a realistic proposal. But the guiding assumptions of peacemaking between Israelis and Palestinians don’t seem to have responded to that reality, he argues. Why is that? Why has the argument continued to be made by those in power who knew better? And what comes next?

What is the “paradigm” of the title? And what is the intervention you hope to make by addressing it?

The belief that Israel temporarily controls the territories it acquired 53 years ago in the Six-Day War — the West Bank and the Gaza Strip — is a fundamental assumption that has led experts, politicians and ordinary people to believe that better futures will involve dividing the country into two parts.

That fundamental way of thinking was valid for several decades. But the diplomatic failures to achieve a two-state solution, or any solution based on “partition”; the political transformation of Israel into a kind of “deep red” state that can produce no government capable of withdrawal from enough of the territories to enable creation of a viable Palestinian state; and the fact that almost one out of 11 Israeli Jews live east of the Green Line (i.e., in territory Israel occupied in 1967), means that we must think in fundamentally different ways.

The land between the Mediterranean Sea and the Jordan River is ruled by one state, and the name of that state is Israel. True, people of different types in different regions are governed or affected by state laws, norms, rules and state coercion in different ways, but this is not unusual for a partially democratic country. For generations, women — half the population — were ruled by developed but limited democracies without them having political rights. But they were still living in those states.

What we have in Israel-Palestine is a one-state reality, not a solution, but a reality, and seeing things that way, although odd perhaps at first, helps one think more clearly and accurately about both the present and the future.

How did Ze’ev Jabotinsky come to loom so large in your study of Israeli self-conception, relative to other Israeli thinkers?

Jabotinsky was the founder of right-wing Revisionist Zionism. He was also a great intellectual and committed liberal. But what made him most unusual among early Zionist leaders was his willingness to be publicly honest about the intolerable demands Zionism was making on Palestinian Arabs. Jabotinsky stated plainly that the Palestinian Arabs were a normal people and as such would violently resist Zionist demands to take over their country.

Jabotinsky’s solution, adopted by Ben-Gurion and almost all the rest of the Zionist movement, was the policy of the “Iron Wall.” By defeating the Arabs over and over, most would eventually become ready to compromise and negotiate for a state in part of the land or for equal rights. Jabotinsky was right about that, but he was wrong to think that after fighting and winning numerous bloody wars with Arabs that Jews would remain willing to compromise.

Instead, quite naturally, Zionist demands on the Arabs increased and de facto annexation, dense settlement in the West Bank and a one-state reality was the unintended result. What remains important in Jabotinsky is his long-run commitment to liberal democracy and to equal citizenship for all in the state to be built in Palestine/the land of Israel.

What is the opportunity in overcoming the “distracting dogma” of the two-state solution, as you put it? And what part could American Jews play in that?

The best thing American Jews can do, or the vast majority who consider themselves liberal Democrats, is to stop waiting for the messiah of the two-state solution.

Instead we should look at Israel as we look at our own country, and apply our liberal democratic values to Israel exactly as we want those values applied to our own lives and our own country.

The Democratic Party, which enforced Jim Crow and barriers to voting for black people, came to count African Americans as a loyal part of their base. American Jews played a crucial role in that development.

So, in the future, will Arabs, and a Jewish-Arab political alliance, be crucial to any future for Israel that American Jews are likely to find attractive. That is the message we must send to Israelis. 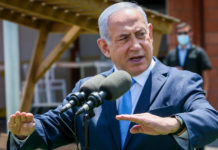 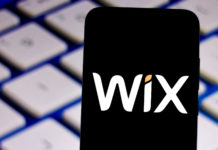 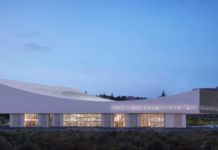