He’d had an intermittent fever, cough and shortness of breath for days, so on the night of March 20, Breslow drove her husband, a software engineer, Navy vet and father of two, to the downtown Camden, New Jersey, hospital from their home in Cherry Hill, New Jersey.

Husband and wife haven’t talked since.

Since that drop-off, Brett Breslow’s been in critical condition in Cooper’s intensive care unit, admitted there first for pneumonia in both lungs that was later determined to be a byproduct of the COVID-19 coronavirus, much like the kidney failure he suffered just a few days later.

Intubated, sedated and on dialysis, Brett Breslow doesn’t have the capacity for dialogue at present, though his wife and kids have been able to virtually visit with him via FaceTime whenever doctors and nurses are willing to double as production staff.

Amy Breslow, however, does have the capacity for dialogue and, over the past several weeks she’s used it, making rounds on local and national television — from CBS3 and NBC10 to MSNBC’s “Morning Joe” and the venerable top doc of daytime, “Dr. Oz” — to shed light on an investigational treatment she and doctors believe could benefit her husband and others.

Referred to as blood plasma treatment or convalescent serum therapy, the concept underlying the treatment is relatively simple and has been around for more than a century.

The thinking is that someone who’s had the COVID-19 coronavirus and recovered has developed the right type of custom-built antibodies to combat the virus. So, by extracting antibody-rich plasma from the recovered patient and infusing the same into the infected patient, the latter, in theory, should experience a boosted immune response to the virus.

Medical opinion is largely split as to whether convalescent plasma would offer those with COVID-19 a therapeutic benefit, nothing at all or, the worst-case scenario in the practice of medicine, something harmful.

But given the dire combination of rapidly deteriorating patients and a dearth of alternatives, doctors are willing to press ahead with a treatment that has a long history of mixed results.

“Convalescent serum therapy could be a vital treatment route because, unfortunately, there is relatively little to offer many patients except supportive care,” Eric Salazar, principal investigator in the Department of Pathology and Genomic Medicine at the Houston Methodist Hospital and Research Institute, told USA Today on April 1. “For now, plasma therapy is one of the few options for doctors when critically ill patients don’t have much time.”

This type of plasma therapy is not a panacea; it is a tourniquet, a way to buy time in a flu pandemic until a vaccine is developed.

The most optimistic forecasts project an approved vaccine to be 18 months away. So even if plasma therapy isn’t the treatment patients deserve, might it be the one they
need right now?

“Based on what the doctors have shared with me, they have multiple treatments in their arsenal, and the plasma treatment is one of them,” Amy Breslow said. While she said that her husband’s doctors had requested that the Food and Drug Administration authorize the use of convalescent plasma in his case, her conversations with them have suggested that they’re unlikely to be overzealous in its application.

“I don’t think they think that the plasma is the only thing; there are many, many things they’re using to treat people,” Breslow said. “To use the plasma, the entire treatment team has to be in agreement that it’s the best course.”

Still, in the absence of anything more promising, Breslow continues to campaign for more places for potential plasma donors to be tested and more places for those who are eligible and fully recovered to donate.

Progress has been slow, Breslow said, for a couple of reasons. First, there’s just not enough testing available — and this severely limits the amount of eligible plasma donors that can be identified. To add to the burden, the FDA, Breslow said, requires prospective plasma donors to produce two negative test results in addition to being symptom-free for 14 days.

And even with the testing that is available, there’s too much variability in the amount of time it takes to get results.

For example, Breslow said that her 17-year-old daughter was tested at Children’s Hospital of Philadelphia, where she received a negative result in hours. Breslow herself, meanwhile, was tested elsewhere and her results took five to six days.

“Patients in critical condition don’t have five or six days,” she said.

While frustrating, these matters of logistics and infrastructure can be remedied with the right combination of willpower and political capital. Breslow’s got plenty of the former and increasing amounts of the latter.

“We’ve had a lot of people at the state and local level helping us, including my husband’s employer, Lockheed Martin,” she said, acknowledging that representatives from New Jersey Gov. Phil Murphy’s office have reached out and pledged their support. “In the past couple of days, we were able to finally get donors tested.”

Still, all the political will can’t lead scientists to understand that which continues to elude them.

“Medically, there’s a lot they still don’t know about this virus,” Breslow said. “We’ve had several (seemingly recovered prospective plasma donors) take a second COVID test who are still testing positive even though they are 14 days symptom-free, or longer.”

Though still a believer in the potential efficacy of antibody-laden plasma from fully recovered donors, Breslow acknowledges that more work to ascertain whether “recovered” patients are truly virus-free needs to be done.

In the meantime, the most recent reports Breslow has received from her husband’s doctors give reason for cautious optimism.

“He’s still critical, but if he continues to improve, he may not need the plasma,” she said. “But right now, we don’t know that 100%. And there are also others that do need it, so we’re still pushing.” 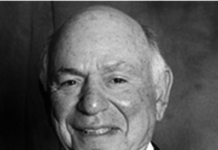