Louis Barson, owner of the Jewish deli Hymie’s, has never seen anything like the coronavirus epidemic.

“My family has had Hymie’s since the ’70s, and I’ve been here for 30 years,” he said.  “I had a store in Philadelphia (International) Airport and I was there during 9/11. That is nothing in comparison to this.”

Like all restaurants in the area, Hymie’s was ordered to close dine-in facilities and provide takeout and delivery only in response to coronavirus.

With no dining room or corporate catering, 60% of the Merion Station restaurant’s business was eliminated. Hymie’s usually employs between 70 and 80 staff members, but it has retained only 17 to assemble takeout and delivery orders.

“Most of Hymie’s crew has been with me for years, so they all know this was unforeseen and nobody wanted to do it,” Barson said.

The deli has enjoyed a great deal of local support. “We’re still selling our homemade deli (items), and we get a lot of orders during lunch and dinner,” Barson said.

Schlesinger’s, another Jewish deli in Center City, has continued to provide comfort food through takeout and will provide catering to (smaller) Passover seders this year.

“People who are still working are doing so in an abundance of caution,” said Arielle Kerstein, director of marketing for Allan Domb Real Estate (Domb is the owner of Schlesinger’s.) “We also had to lay off some people and are launching a GoFundMe for our workers.”

Water Dog Smokehouse of Ventnor, New Jersey, which started as a kosher smoked salmon producer in the kitchen of a synagogue, has channeled its relative financial advantages into community service.

“We’re blessed because we got off to a really strong start in October thanks to the Jewish community and overall community down here,” co-owner Steve Marchel said. “We’ve developed a lot of brand loyalty in the six months or so since we’ve been open.”

Water Dog has partnered with Food Bank of South Jersey and Boys and Girls Club of Atlantic City to provide food for people in need in the face of mass layoffs in Atlantic City’s casinos and related industries.

Ringo Roseman, owner of The Bagel Place in Queen Village, feels lucky because the majority of his business was already takeout and delivery.

“The transition wasn’t difficult in terms of our staff being able to deal with a high volume of takeout and delivery,” he said.

Roseman said the shift to takeout apps like DoorDash has consequences for restaurants.

“Generally, they take 30%, which is significant. Some of them have been deferring commissions,” he said. “When people are ordering online from restaurants, they should check to see if the restaurant has a preferred ordering method.”

The state-mandated shift to takeout and delivery only prompted another bagel joint, Philly Style Bagels in Fishtown, to adopt something it never had much use for in the past: a phone number.

“That’s right, COVID-19 has pushed us to get a phone number. Crazy times,” the previously email-only business posted on its Instagram page.

Owner Collin Shapiro said the store has simplified its menu to cut down on prep time and adjusted the ordering process.

“We have a takeout window we were lucky to ask for when we were signing our lease which we never really thought to use,” he said.

Tova du Plessis, owner of the bakery Essen in South Philadelphia, turned to social media when she realized she would have to close.

“What’s made this whole thing so difficult … is going to all our employees and telling them they’re out of a job, and if they find a new one they might be endangering themselves,” she said.

Du Plessis and her remaining staff have delivered Essen’s baked goods to customers via a van they have affectionately dubbed “the Babkamobile.”

“I went on social media, and I said I’m delivering all this stuff in South Philly, sign up on this spreadsheet if you want us to come to you,” she said.

“It sold out in, like, 30 minutes. People are really rooting for us and it’s really heartwarming,” she said.

She also pointed out one of the most important steps customers can take to support small businesses like Essen right now is to buy gift cards.

Kosher bakery Homemade Goodies By Roz in Society Hill has continued to operate on a smaller scale by providing curbside pickup and delivery.

Owner Roz Bratt received a grant from the Philadelphia Women’s Culinary Guild to provide baked goods for Old First United Church of Christ’s Winter Shelter in Old City. She is also seeking grants from the city and federal government. 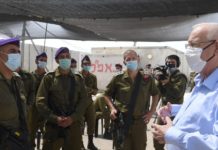 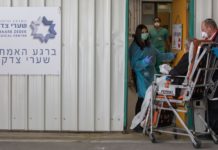 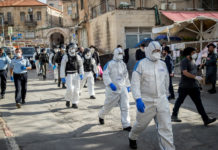 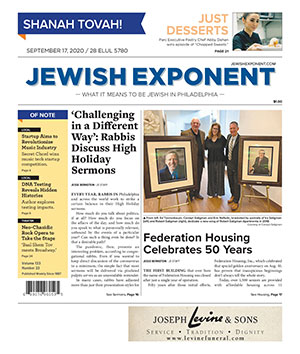