Don’t go to bed angry. Be good friends. Have a sense of humor. Remember you’re on the same team.

We’ve all heard this classic relationship advice before — or at least seen the movie “When Harry Met Sally” — but can it really make a marriage last a lifetime?

Four couples who have been married for more than 40 years were interviewed to find an answer. These love experts weighed in on navigating the joys and challenges of marriage, avoiding or coping with regrets, and cultivating love that lasts.

Barbara and Bruce Zeiger of Broomall recently celebrated their 46th anniversary. They were high school sweethearts and sat next to each other in homeroom. On her 14th birthday, he gave her a check with instructions to cash it in for a date.

They married in November 1973. Bruce Zeiger, who owned a bridal shop, got held up at work and came late to the wedding.

“They wouldn’t start without me anyway,” he joked.

The early years of their marriage were not without their
challenges.

“We didn’t always agree on discipline for the kids,” Barbara Zeiger said. “When we had children, he worked and I stayed home and I didn’t want him giving me his 2 cents all the time. But the best part about our marriage is neither of us are drama queens. We just get things done.”

So what’s the secret to staying together for 46 years?

“Lots of humor, lots of intimacy,” she said.  “We’re best buds. We gross out our kids constantly. My husband doesn’t want a big 70th birthday, he wants a 69th.”

She also emphasized the importance of couples finding an individual approach that works for them.

“We are very traditional. His work took priority and I was the go-to kid person,” she said. “But don’t look at other people’s marriages and compare yourself. We would never do some of the things our kids do in their marriages, but it works for them.”

Neither Zeiger expressed regrets about their relationship, but Barbara Zeiger did note the limited career options available for women who wanted to work and raise families.

“I went to Temple, and it never occurred to me that I could be anything other than a nurse or a teacher because I knew I was on the housewife and mother track,” she explained. “My only regret was that I didn’t pursue my other interests more.”

“I was not looking for a husband when we met,” Roberta Braverman said. “I just wanted a date to senior prom.”

When college admissions season rolled around, the couple had a choice to make.

“Bruce had his heart set on the West Coast and got accepted at the University of San Diego. For me, it was either Glassboro  (now Rowan University) or Temple,” she said. “Bruce gave up his dream to commute to Temple with me.”

He has no regrets.

They dated through college and got married instead of attending graduation in May 1973. Their first child was born in 1978, and two more followed in 1980 and 1983.

Bruce Braverman held various careers in finance and Roberta Braverman was a teacher for 35 years. “My mother gave me two options — teacher or nurse. That was the way of that day. You could have a family and a career if you picked one of those options,” she said.

They jointly advise couples to have a sense of humor in order to laugh through difficult moments.

“Ride the wave,” Roberta Braverman suggested. “There are highs and lows. If you see beyond the urgency of the moment, you realize everything is going to be ok.”

Her husband had a simpler suggestion.

“I live by two rules. Number one: My wife is always right. Number two: If she’s wrong, go back to rule number one.”

Shelley and Bruce Gable of Warwick met at a party in Atlantic City. Their first date was at a neighborhood pizzeria in West Philadelphia, and they married five years later.

“My parents, especially my father, were very excited,” Shelley Gable said. She feels her parents and grandparents influenced her approach to marriage. “I had an old-fashioned marriage. I got married when I was younger, so I was always thinking about the way my grandparents and parents acted toward each other.”

Before the couple retired, Shelley Gable was a teacher for 30 years and Bruce Gable was a businessman. They will celebrate their 43rd anniversary in July.

Their advice? Have a good sense of humor, never go to bed angry and don’t try to change each other.

“Our marriage is a team,” Shelley Gable said. “If I couldn’t be there for something, he would. There was never any question over whose job something was. We didn’t keep score, we never tallied points, we just got things done.”

“She’s very unselfish, and is always looking to do things for other people. She’s very kind and considerate,” Bruce Gable said. “I’m the luckiest man on the face of the Earth.”

Ira and Rochelle Feldman of Northeast Philadelphia met on a blind date set up by her cousin. They went out for a movie and vanilla ice cream and got married 13 months later. The couple celebrated their 60th anniversary on March 6.

“I have absolutely no regrets — I’d do it over in a heartbeat,” Rochelle Feldman said.

Before retirement, she worked as a medical secretary and later as a special education teacher, and he was a manager at Roger’s Men’s Store.

“Rochelle is a very patient person, very caring, and a loving wife, mother and grandmother. She’s my best friend and a very strong woman,” he said.

“Ira has a very good sense of humor. He’s very caring and family-oriented,” she said.

They are now encountering the most challenging moment in their relationship — Ira Feldman’s onset of Parkinson’s disease.

The couple shared tips for those hoping to make it to their own 60th anniversaries.

“Be patient and listen to what your partner has to say. When you discuss things, come to an agreement. Work together. Be good friends. Have each other’s backs,” she advised. 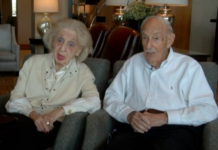 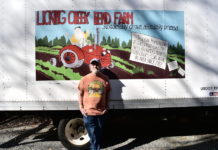 Pushing 80, Mike Tabor Is Still Pushing Himself and the Cause of Jewish Farming 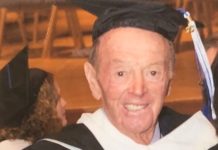