Some schools have come to call it “distance learning.” Others opt for “distance teaching” for a little perspective shift. There’s “remote classes,” “remote learning,” the rarer “tele-class” and “e-learning.” Some just refer to the now-ubiquitous videoconferencing app, Zoom.

Whatever term is settled upon, the phenomenon being described remains the same: classes taught through a computer screen, for students of all ages.

Schools everywhere are contending with the suspension of in-person classes in a variety of ways, many of which involve video conferencing.

“While this week has ushered in an extraordinary amount of upheaval and change for our students, faculty and parents alike, we have actually found our first week of distance learning to be quite productive, meaningful and engaging across disciplines and divisions,” said Rabbi Gil Perl, head of school at Kohelet Yeshiva.

Kohelet, a K-12 school of 263 students, prepared for the current conditions in the weeks leading up to the school closures, according to Perl. That precious extra time allowed the school to hit the ground running with online learning management systems. In addition to the online classes, parents are being brought together with Zoom-based check-in meetings, divided by grade. Socialization for the students is being replicated as best as it can be done via video; this past weekend, those who wanted to could attend a Zoom Havdalah ceremony.

The socialization efforts have occurred at other schools, too.

Toby Miller’s second grade class at Kellman Brown Academy had a virtual birthday party for a student on March 20, and 11th graders at the Jack M. Barrack Hebrew Academy even had their class officer elections via video. To the extent that they can, teachers and administrators are trying to bring their students together outside of the classroom context, too.

Miller and other teachers at Kellman went home on March 13 understanding that they would not be returning to school facilities for some time. Taking the weekend and the following Monday, teachers scrambled to translate in-class lesson plans for distance learning, the term of choice at Kellman.

Contrary to what you might believe, Miller said, second graders are more than capable of learning via video, without a teacher in their physical presence. She’s done math lessons using a digital whiteboard, and will read picture books to her students as well, tilting the book for all to see.

“If this was September, it would be challenging,” Miller said. “But I’ve developed a rapport with the students, where they listen to me. And I used that first Zoom call to set the guidelines, the rules, that this is still school, we have to be good listeners.” If all else fails, Miller, as the teacher, has access to a button that can mute all of her students, should that become necessary.

What’s most important to her and to the parents that she is working with is that she remains an anchor of routine for the children, thrown into a bizarre new world.

Heather Leibowitz is one of those parents. Her youngest, Natalie, is a second-grade student at Kellman, and Leibowitz has been thrilled with the amount of communication she’s received from the school. On March 16, she received, via email, a full week of lesson plans for her daughter, organized by subject.

She wasn’t thrilled with the initial response from Cherry Hill School District, where her older children are enrolled in middle and high school, but things seem to have improved since then, she said.

Amy Ufberg has three children at the Jack M. Barrack Hebrew Academy: Hayden, Robby and Jenna, all in the high school. She’s been pleased thus far with the school’s response.

“Barrack got it right,” she said. “I mean, they really have.”

Starting on March 18, students began their 10 a.m. to 2:30 p.m. Zoom classes, with a 30-minute break for lunch at noon. Though those 30 minutes have pressed Ufberg into service as a short-order cook, she’s happy to see her children working hard and engaged in some way during the day.

Jenna, a freshman, even had an “in-class” writing assignment on March 23, one that required all students to be on the video call for the duration of the assignment. Though some classes have worked better than others via Zoom, she said — discussion courses like Jewish Studies are a tough ask, with people talking over one another — it all still feels like school. 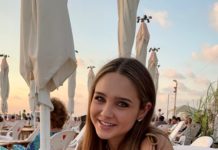 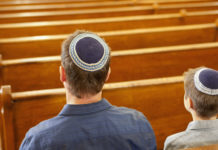