As the world grapples with the coronavirus pandemic, we’re all tasked with slowing its spread through social isolation.

That’s not necessarily a big ask for someone like me. I can deal with people in short bursts but, for the most part, I’m profoundly introverted. Sometimes one interaction a day is enough to sustain me — or overwhelm me.

Now that my way of life is universal, I’ve been thinking a lot about what advice I can offer those who are freaking out about having to retreat from others and sit still with themselves.

The ritual of baking has always been a grounding force for me, and I truly believe that reclaiming the ritual of making challah can give us hope in these trying, solitary times.

I grew up in and out of the Chabad community of Las Vegas, where I debated rabbis on fossils and the morning blessing “thank you God for not making me a woman.”

Though I stopped saying prayers at 13 and believing in God around the same time, baking remains my form of prayer, my way of stealing stillness from a world that does not want it.

After my divorce, I found cooking for myself impossible. In my first year of living alone, I did my best to avoid grocery stores. It’s taken three years to be able to walk through a grocery store without crying when I touch the shopping cart’s steel bar, remembering my stepdaughter holding onto it beneath me when she stood up like Magellan with our grocery list.

Making two loaves of bread for myself now feels like a radical act of self-care, an assertion of my self-sufficiency. I have endured so much. I will endure so much.

Recently I moved to Chicago and met a rebbetzin and her husband who had as well.

She invited me to bake challah with her.

I accepted the invitation, but I was uneasy. I’d just lost my job uploading transcripts, a job that paid more than teaching English. My trip to Belarus for novel research had just fallen through. But I tried to focus on the ingredients in front of me.

I tried not to panic, thinking about the job I’d just lost and how I was going to make do. I was thinking as well about the man who had just broken my heart and how far away I was from my family.

I sprinkled the yeast and sugar in the water. In 10 minutes, bubbles were crawling over the surface, the way they did in Hebrew school, when I would make the longest braid I could imagine, needing to busy my hands as the other kids rehearsed their prayers.

We added the flour, eggs and oil. I mixed the dough with a wooden spoon until I could mix no longer, and finished kneading with my hands. It felt so life-affirming to make something, anything, that isn’t for a job.

As the dough rose, we ate snacks in the kitchen and talked about who we know in which communities. The kids I used to babysit are now married rabbis with rebbetzins of their own.

I remember being a teenager, sitting alone in the sukkah after everyone left, staring up at the desert stars through the canopy of leaves. I took so much comfort in the temporary shelter, one of many over the course of my hectic life.

The rebbetzin pulls out “the Purple Book,” formally “Spice and Spirit,” a kosher cookbook I haven’t seen since I was a kid.

It has diagrams of challah braids. I’ve made them all, save for a four strand, and decide on that. The loaves I make are usually too floury, but this batch turns out perfect and airy. Perhaps it’s being around other women that’s the secret ingredient, fighting the urge to cloister myself as my mother did in times like these. The other women comment on my loaves and make me beam with pride.

I have made this. At the end of a day from utter hell, I have managed to make something beautiful. Something for myself.

The rebbetzin wrapped a piece of dough in tinfoil before setting it in the back of her oven. When you bake a large enough batch of challah, you’re supposed to portion off a part as an offering. In days of old, this offering was given to the high priest. Today it is given over to the fire.

I closed my eyes as it was placed in the oven, coming as close to prayer as I could manage. The dough still had an hour to rise, so I walked home carrying it in the same metal tray that people used to bring us Shabbat dinners when my mom was out of a job and we couldn’t eat otherwise.

But I do know I did with bread what I rarely manage to do with words. That night, still so lost in this alien city, I portioned my life into something manageable, braided it into a kind of order.

For a moment I was spared the world, content with the solitary tracks I make through the snow. Safe.

Recipes are not just recipes. Followed by countless men and women of countless faiths and countries, recipes are formulas for stillness needed to light your way through the dark.

Stephanie Kutner is a Chicago based writer and native Las Vegan. This piece originally appeared on JTA.org. The views and opinions expressed in this article are those of the author and do not necessarily reflect the views of JTA or its parent company, 70 Faces Media. 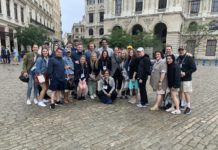 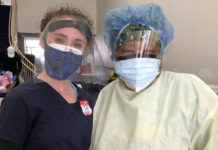