“I think I decided early that I had the interest and the capability to be a physician, and I did not want to settle for second best,” she told the National Library of Medicine for her biography. “I grew up in the days when most women who wanted a profession were encouraged to be nurses or teachers. It did not seem enough to me. I wanted to do it all.”

According to her colleagues, her passion for medical education drove her to create innovative programs to support hospitals and break new ground for women in medicine.

Weinberg died of melanoma at her home on March 4. She was 83.

Born in Wilmington, Delaware, she graduated from Hahnemann Medical College in 1961 and completed her residency in anesthesiology at Thomas Jefferson University Hospital in 1975, according to NLM.

Her NLM biography said that she had joined the faculty of the Woman’s Medical College of Pennsylvania by 1968. She worked on medical staffing issues and noticed that many women were leaving jobs in medicine due to the time constraints of raising families.

At the same time, hospitals were beginning to hire doctors specifically for emergency work. The new field provided flexible hours, perfect for women with children.

According to NLM, Weinberg appealed to the American Medical Association to create the first internship in “acute care medicine,” which provided opportunities for women to continue working while setting the standards for the field of emergency medicine.

She became a dean at Woman’s Medical in 1969, according to a June 27 Jewish Exponent article from that year. She went on to hold numerous administrative positions where she influenced medical education and policy.

In 1974, President Richard M. Nixon appointed her to the National Library of Medicine’s Board of Regents. She was named senior associate dean at Temple University School of Medicine in 1986 and vice president for academic affairs at Baystate Medical Center in 1988.

At Baystate, Weinberg realized that there was a lack of resources and information available to large independent teaching hospitals. She formed the Alliance of Independent Academic Medical Centers in 1989 to address the issue, according to AIAMC Executive Director Kimberly Pierce-Boggs.

“When you look at the numbers, a great percentage of medical trainees complete residencies at the community hospital level,”  Pierce-Boggs said. “Ethel saw that there was a lack of space for independent academic organizations.”

Pierce-Boggs said Weinberg became the first president of AIAMC, and remained its chair until 1994. It has grown from 12 member hospitals and health systems to 80.

“I remember all the interns being invited to her house so she could get to know us and talk to us about our careers,” said Kevin Hinchey, chief education officer at Baystate. Hinchey was a resident at the hospital in 1988. “She was really down to earth and understood the struggles you went through as a resident.”

According to Pierce-Boggs, Weinberg’s work at AIAMC touched many lives.

“She was a great mentor to me, one of my greatest role models,” she said. “When we heard of her passing, there was an outpouring of emotion from past presidents — all men. To hear them say that she was their hero, she was their role model, was incredibly moving.”

Prior AIAMC President Bill Thomas described Weinberg as “a master, gentle but thorough and winning negotiator, all in service of the great medical education cause.”

Weinberg retired in 1996 and relocated to Chapel Hill, North Carolina. In retirement, she continued to provide counseling on strategic planning to teaching hospitals.

She returned to Philadelphia in 2010 and pursued her passion for education at the National Museum of American Jewish History, where she organized a summer internship program for college students.

She was married to her husband, Saul Weinberg, for 48 years before he died in 2007. She is survived by her son David, her daughter Diane and four grandchildren. 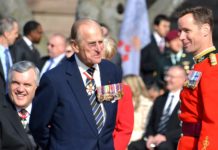 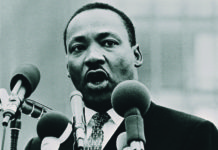