Jack M. Barrack Hebrew Academy closed to allow extra time to sanitize the building after school officials learned that a school member had been exposed.

“We are in touch with the Montgomery and Delaware County Departments of Health who have deemed this to be a ‘low-risk’ exposure,” Barrack Head of School Sharon P. Levin said in a letter to students and their families.

The school member is experiencing no symptoms and the Department of Health has not recommended quarantine for anyone exposed, she said.

The Lower Merion School District also closed schools for cleaning on March 10 after reports that two students and a staff member may have been exposed to coronavirus.

KleinLife announced that it is canceling all Active Adult Life programming through at least March 27.

All Mitzvah Food Program locations will remain open during normal pantry hours, but only prepacked food bags will be distributed.

According to the Pennsylvania Department of Health, there are 11 presumptive positive cases of COVID-19 in the state as of press time. Seven cases have been identified in Montgomery County, with the other four in Philadelphia, Delaware, Monroe and Wayne counties.

Schools and synagogues with no known exposures remain open, but administrators are prepared for possible cancellations.

“We hope to be here in school rather than online distance learning,” said Rabbi Ira Budow, director of Abrams Hebrew Academy in Yardley. “It’s almost like a snowstorm. We’ll be looking at what the neighboring schools are doing. If there is a problem in our general Lower Bucks County area, of course, we will close the schools. If we knew someone in our community was infected or at risk, we would go to experts and follow their instructions.”

“We are following the news and sending out recommended precautions to the community,” he said. “There’s a general level of concern and anxiety that we’re all experiencing — we want to be in a place where we can welcome people while also following appropriate procedure.”

In addition to the impact on local schools, rapidly changing travel advisories and concerns about quarantine have led many organizations to drastically alter travel plans.

“These were difficult decisions because of the level of time and effort put in,” Chief Operating Officer Steven Rosenberg said. “We had great volunteers put their heart and soul into planning, so it’s very hard to have to cancel.”

The annual Women’s Philanthropy mission to Berlin and Israel typically includes historic tours and meetings with Berlin’s Jewish community and Israeli dignitaries. The Jewish Federation Real Estate mission connects real estate professionals in Philadelphia and Israel.
According to Rosenberg, rescheduling the trips has been difficult because of the uncertainty created by changing news updates.

“Missions are a critical part of our work, and we made this decision thoughtfully and carefully,” he said. “We want to support our friends and colleagues in Israel and the Israeli economy. At the same time, the safety and security of our travelers is always priority number one.”

Israel announced this week it will now require a 14-day quarantine for all visitors from abroad.

Many synagogues have also had to reconsider trips to international Jewish communities. More than half of the travelers scheduled to participate in Temple Beth Hillel-Beth El’s trip to Morocco canceled their plans.

“This trip had been planned for close to a year,” Rabbi Neil Cooper said. “We planned a long way ahead. Not only did we fill the trip — 45 people — we had a waiting list because everyone wanted to go.”

The group had arranged to spend Purim in Casablanca and deliver gifts to residents of the Jewish Home for the Aged before traveling to Marrakesh, Fez and Rabat. Fears of quarantine and hotels refusing to refund money created complications in the weeks leading up to departure.

“Some are going to cancel no matter what because of preexisting health conditions,” Cooper said before the trip. “People have insurance, but it doesn’t cover pandemic.” The trip departed on March 8 with 20 people instead of 45.

Micah Symons, a sophomore at Drexel University, was planning to spend spring break taking a History of Religious Coexistence class in Rome and Venice. That changed when the Department of State issued a Level 3 travel advisory for Italy on Feb 29.

Symons received an email informing him that all Drexel travel to Italy had been canceled. The school offered him a full refund.

“As upsetting as all of this is, Drexel is keeping my health and safety a priority, which I appreciate,” he said. “I’m actually planning to study in Israel in the summer — hopefully by that time things will be back to normal.”

Students who are already abroad in impacted regions had to scramble to book flights home and self-quarantine upon their arrival.

“We all joked about it since it was happening around midterms,” said Temple University senior Chaviva Galapo, who was studying in Rome when the outbreak hit. “People definitely weren’t studying as much since there was always a question of whether we would even have class.”

She was on spring break in Barcelona when Italy’s travel advisory changed and Temple sent out an email mandating students leave the Rome campus by March 8. Another email instructed students to self-quarantine when they returned to Philadelphia.

Shiraz Vildbaum, a junior at Temple, was studying in Rome when she received the email.

“We were devastated, people were crying,” she said. “Temple gave us enough of a heads up for us to get out in time, but a lot of students believed they should have made the decision before spring break.”

According to Vildbaum, airline staff took the temperatures of returning students before they boarded the plane back to the U.S. She is now in quarantine.

“It’s sad our semester was cut short,” she said. “Now I’m just sitting in a room by myself trying to accept the fact that this virus took over the world.”

Galapo is also in quarantine and will be finishing her classes online, along with the other students on her program. She has been monitoring her temperature. 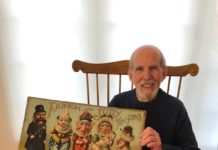 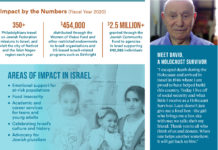