Her mother died of breast cancer. Her father died of colon cancer. And while Avivah Pinski of Wynnewood is in good health, she doesn’t want to take any chances.

That’s why Pinski signed up for the BRCA Founder Outreach Study.

Since March 2018, the study has offered free blood tests to people of Ashkenazi Jewish descent to look for mutations in the BRCA1 and BRCA2 genes. The mutations can lead to prostate, ovarian, breast and other types of cancers and is found in about one out of every 40 Ashkenazi Jews, who make up about 95% of the Jewish population in the United States. By comparison, the mutation is found in one of every 300 people across the general population.

Pinski has advocated for others to participate, as up to 90% of BRCA mutation carriers don’t know that they have it, according to Penn Medicine. After recently discussing the study with other members of Main Line Reform Temple, she reached out to see if screenings were still ongoing.

“And when I called, I discovered of the four cities in this study, Philadelphia was the only one that hadn’t filled the quota for the testing,” Pinski said. “I was surprised.”

While New York City, Los Angeles and Boston have surpassed the 1,000 blood samples collection goal, Philadelphia lags behind, with about 850 samples.

Susan Domchek, the study’s local principal investigator and executive director of Basser Center for BRCA at the Abramson Cancer Center of the University of Pennsylvania, said one of the research aims is to refine methods of conducting mass genetic testing on a population. So while the lackluster numbers in Philadelphia won’t negatively impact the medical research, she said it’s a sign of another problem.

“We’re just more concerned that we’re not getting the word out as much as we like, and we’re trying to think of any way we can do that,” Domchek said. “We should certainly be doing as well as Boston.”

Heather Symecko, associate director for clinical research at the Basser Center, said the staff implemented grassroots initiatives to spread the word about both the mutation and the study. They went to synagogues. They went to Jewish nonprofits. They even went to Jewish Heritage Night at a Phillies game. There were advertisements, an article in the Jewish Exponent and an op-ed penned by Domchek in The Philadelphia Inquirer.

Similar measures have been taken in the other cities in the study, and were met with success. But Symecko said Philadelphia has had challenges that have made it a bit harder to get the desired response. Despite any limitations, however, Symecko said any and all outreach efforts continue to have value.

“We really do believe that knowledge is power and that this test and knowledge of results can make a difference in your medical care and health care outcomes for you and family members,” Symecko said. “So we do think it’s important.”

Anyone living in the Greater Philadelphia area with at least one Ashkenazi Jewish grandparent who is at least 25 can participate in the free screening. Enrollment can be completed online at bforstudy.com, but the deadline is March 15 and participants have a month after that to get tested. The blood test is free, and people will get results within about four weeks.

While direct-to-consumer companies like 23andMe offer the same test, Domchek said the benefit to their test, aside from being free, is that both the individual and their primary physician are sent a copy of the results for inclusion in their medical report.

“This information is most useful when it is incorporated into your medical care,” Domchek said. “It’s not using the information in isolation. It’s trying to bundle it within your personal situations with your health care providers.” 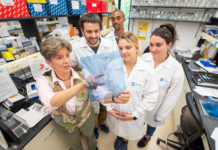 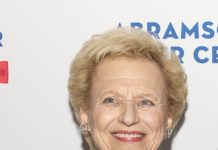 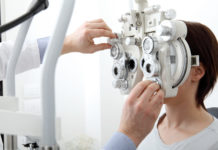