By Marcia Bronstein and Fred Strober

We recently lost a friend, a champion who answered the call when confronted by injustice. As noted in his obituary, John Bunting Jr., a prominent Philadelphia banker, lived 94 years and is best known for turning what was First Pennsylvania Bank (now part of Wells Fargo) from a local bank into a national powerhouse.

But what is not well known is the integral role Bunting played in creating opportunities in the workplace for people long excluded from portions of it. He stood up to prejudice and inequality — and to some of the people who clung to it — and thus made a significant difference in the world.

In the 1960s, as Jews were locked out of the executive suites of corporate America, the banking industry and law firms, the American Jewish Committee, a national organization formed in 1906 to fight anti-Semitism, was looking for partners to crack open
the doors.

“As long as there are significant areas that block out any group of people on grounds that have nothing to do with merit, you might have a very unhealthy situation; you deny individuals the right to achieve their potential, and you deny society the fullest talents of its people,” AJC noted at the time.

AJC leaders in Philadelphia met quietly with top business leaders in an effort to create a mechanism to recruit Jews for executive jobs and eliminate institutional patterns of exclusion. They explained that discrimination in the workplace was a societal problem, inseparable from that of anti-Jewish bias in housing and social clubs. Having recruited Bunting to their initiative, AJC asked him “now that the question of discrimination has been posed, what can you
do about it?”

More than any Philadelphia executive, Bunting advocated for inclusion and began to open doors. He encouraged his colleagues in the banking industry and the heads of the law firms serving them to create hiring opportunities for Jews.

Within several years there was substantial progress. Numerous law firms that had retained hiring barriers began to hire Jewish law school graduates. Once those doors were unlocked for Jews, they would soon open as well to women and other minorities. In 1965, Bunting’s groundbreaking action was bold. Today, there is not a law firm in Philadelphia that takes into account the race, religion or gender of any of its lawyers.

Nonetheless, unfortunately, today prejudice, hatred and anti-Semitism are creeping back into the mainstream. The extraordinary achievements made in the workplace are not likely to be reversed, but there still is a disturbing trend. Action is also needed now.

Several years ago, AJC honored Wells Fargo for the efforts it made 50 years ago under Bunting’s leadership. As hatred, violence and anti-Semitism spreads, we need people with foresight and valor like Bunting, who stood up to be counted and assure that the success we have achieved as a nation will not be lost.

Let’s continue to fight prejudice in his memory so that actions from long ago will not lose their impact.

Marcia Bronstein is the regional director of AJC Philadelphia/Southern New Jersey. Fred Strober is a partner at Saul Ewing Arnstein & Lehr and chairman emeritus of AJC. 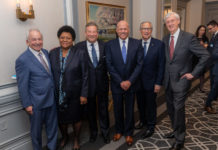 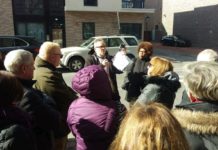 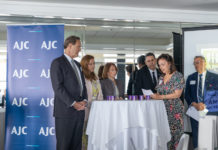