Like everyone else in the United States and most places on the globe, Kobe Bryant’s death and the death of his daughter and seven others has rocked me.

When thinking about sharing some thoughts about Bryant, I wondered, where do you start? How do you put things on paper about an icon this big, a legend this big?

The only way is to tell the story of his youth, what he meant to the people who know him and to tell the truth.

So I would like to share a snippet of my unique perspective about Bryant from 1992 to 2002, when I had the best seat in town to his formative years — first as a family friend of the Bryants, then being the media member who was lucky enough to do all of his first-ever television, radio and print interviews and lastly to being an assistant coach at Lower Merion during the 1995-1996 state championship season. My memories are blended in from three vastly different but nevertheless beautiful and poignant angles.

What a blessing to have witnessed and played a small role in the growth of one of the greatest international icons of the game of basketball — one who died having transcended sports, and causing millions around the globe to shed tears even though they never even met him. It hasn’t been until this week that I realized how much he impacted people and how much he impacted me.

Here’s how: Bryant was the most confident, talented, singularly focused person I ever met. That’s evident in basketball, but also in his life after basketball, in business, creative projects and, especially, fatherhood. He taught me to not let anything get in the way of your dreams. As his high school coach Gregg Downer always said, “He did it with no shortcuts. No excuses. Just hard work, dedication and results.”

Bryant had detractors and obstacles along the way, and he always used the negativity to “fuel his fire,” to make him prove people wrong. He knew he was special, yet he took on this blessing and never looked at it as burden. That is why, as Downer so poetically said last week, “Superman isn’t supposed to die.”

What’s not as well-known is that Bryant loved and supported the Jewish people, and he very much felt at home amid his friends and teammates in the Jewish community in Lower Merion. He loved tagging along with his dad Joe, a legend himself, when he was the girls coach at Akiba Hebrew Academy in 1992-’93.

Bryant further honed his skills at the JCC on the Main Line as a youngster, and his friend Anthony Bannister, then a maintenance man there, gave him a key so he could practice there at any time. One time in a pickup game when Bryant was in ninth grade, I tried to guard him. He did his patented off-arm push off to create space, and that 6-foot-1, 150-pound ninth grader caused me to double over with stomach pain. It’s a memory I’m now grateful to have.

Even when he hit the big time, Bryant continued to lean on our people for the biggest roles in his life.

Arn Tellem was his first agent, Tzvi Twersky is running his Mamba Academy and Doug Young is a board member of many of Bryant’s charities and a close confidant. He has hired countless Jewish people throughout his life. Bryant told me his dad and mom taught him that “they don’t see color, religion, race. Just human beings.” That’s pretty ironic since Bryant doesn’t seem like a real human being. He was larger than life.

Running the Kobe Bryant Basketball Classic we do at Lower Merion High School every year is a blessing. The plans for next year’s event will blow people’s minds and help us support widows and families that lose children.

Bryant has inspired me and anyone who knew him to be a better version of him or herself. If only he could see this reaction to his death. Maybe it would bring all of us some more comfort. 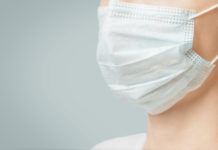 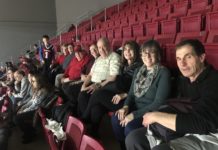 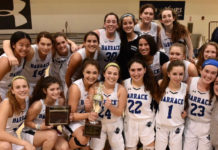