Few countries are more strongly associated with Christianity than Italy. But there are Jewish communities there, some dating back about 500 years, some dating back nearly 2,000. And some of their traditions are closer to home than you might think.

Rabbi Amedeo Spagnoletto knows American Jews are curious about Italian Jews because American Jewish tourists ask him questions about them almost every day. But next week, you won’t need a passport to get those questions answered. Mikveh Israel, the city’s oldest congregation and one of the oldest in the country, dating to 1740, is hosting an Italian Shabbaton with Spagnoletto, the former chief rabbi of Florence, Italy, on Feb. 21 and 22.

The synagogue will celebrate Shabbat according to the rites, rituals and melodies that prevail in the Spanish-Portuguese Sephardic tradition, which in itself is no great stretch for Mikveh Israel, given its centuries-long tradition as a Spanish-Portuguese congregation.

What is special about this particular Shabbaton is that Spagnoletto will join Mikveh Israel Rabbi Albert Gabbai in leading services, using melodies from the Great Synagogue of Florence.

“We are what’s called Western Sephardim,” said Jacob Oslick, an adjunto (an old Spanish term for board member) at Mikveh Israel, who explained that, though separated by thousands of miles, Spagnoletto’s congregation in Florence and Mikveh Israel conduct their services in much the same manner.

The tradition that Mikveh Israel is a part of — the bloodlines it shares with congregations in Italy — traces its roots to the Spanish Inquisition, Oslick said.

“What a lot of people don’t realize is that a small number of Sephardi Jews stayed in Western Europe. Many of them were conversos, who pretended to practice Christianity for about a generation or two and then fled to places such as Amsterdam, Southern France, and Italy, where they reclaimed their Judaism.

“The Spanish-Portuguese Jewish tradition really comes from those Jews who went to places like Amsterdam, Bordeaux and Bayonne in France, Venice and Ferrara in Italy and, of course, Rome.

“So we at Mikveh Israel have a very close connection with Italian Spanish-Portuguese Jews, and even more so because one of our greatest ministers, the Rev. Sabato Morais, came from Livorno. He was our minister from 1851 until 1897, and he brought and wrote melodies that are still used in our synagogue today that are similar to Italian-Jewish melodies.”

So while Spagnoletto will be far from home, his local stay may not feel like it, at least liturgically speaking.

Shabbat services will begin at 5:15 p.m. on Feb. 21 and again at 9 a.m. the next morning, each to be followed by an Italian-themed repast. Following the 4:30 p.m. service, there will be a seudah shelisheet (small third meal) consisting of foods consistent with Sephardi custom.

Following the evening havdalah service, the proceedings will broaden beyond simply Italian-themed activities to encompass a celebration of Sephardi traditions. The event will be called Sephardic Splendor and serve as a community-wide celebration featuring Sephardi music, food and refreshments, said Oslick, who also said it’s likely there will be a live band.

It’s expected that Spagnoletto will be present for both the praying and the partying. The rabbi is, in fact, excited to get to Philadelphia — it will be his first time here, though his home synagogue is used to American Jewish visitors, both Sephardic and Ashkenazi.

“One of the phenomena that we are seeing right now,” Spagnoletto said, “is that there are a lot of Jewish American tourists visiting Rome and Florence.”

And Italian society, from synagogues to restaurants, is doing all it can to cater to the type of Jewish life that tourists are seeking, Spagnoletto said. This is especially the case, he added, in Rome, particularly in the historic Jewish Quarter, where more and more kosher restaurants are opening.

This could be seen as burdensome to some, but Spagnoletto doesn’t see it that way. In fact, he sees the tourist demand for Jewish services as a net gain for Italian Jews.

“They appreciate a lot, and they enjoy visiting and also living the Jewish lifestyle here, especially in Rome where there are Jewish schools, bakeries, restaurants,” he said. “It’s a really good statement that observant American Jews are really able to be comfortable and enjoy their stay here. There is even a new kosher restaurant in the Tuscany hills that the Americans have appreciated very, very much.”

The Italian Jewish tradition, though understood by Mikveh Israel members and clergy to an appreciable extent, is not generally well understood by the mainstream of American Jewry. Spagnoletto sees this in the tourists who visit him — and he also sees a strong curiosity.

“They are so curious because the Jewish-Italian tradition is kept in the dark even by other Jews at times,” he said. “But when they learn about our traditions, they appreciate them. For example, when people visit the Jewish museums here, they see the very peak of Jewish art — Jewish art doesn’t reach so high a level anywhere else like it does in Italy.”

The Italian Shabbaton is open to the public, but reservations are encouraged. More information is available at 215-922-5446 or [email protected] 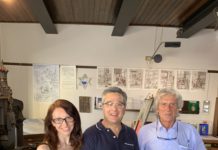 Unexpectedly Stumbling Upon a Unique Jewish Destination in Italy 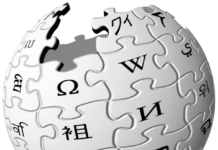