Is the Trump administration’s newly unveiled plan for peace between Israel and the Palestinians a good faith effort toward a workable two-state solution, or is it just a one-sided gift to the Jewish state?

Well, as with most things involving Israel, it depends on who you ask.

In some regards, the plan is a two-state solution. But statements from President Donald Trump and Israeli Prime Minister Benjamin Netanyahu have muddied the waters a bit.

On its own terms, the plan presents a vision of the two-state solution, envisioning an autonomous Palestinian state consisting of most of the West Bank, Gaza and undeveloped territory between Jerusalem and Jordan. Jerusalem would be Israel’s capital, with a Palestinian capital consisting of some portion of East Jerusalem. In addition, a collection of Arab towns sometimes referred to as the “Triangle” could end up as part of the Palestinian state. But even the idea that all of that would constitute a truly autonomous state is in dispute.

Though the new Palestinian state would have its own system of government, Israeli forces would still have the freedom to patrol the area. Israel would, under the plan, have “overriding security responsibility and control over the entire territory from the Jordan River to the Mediterranean Sea,” according to U.S. Ambassador to Israel David Friedman.
One significant proposition would allow Palestinians to move freely between the West Bank and Gaza, without Israeli approval.

All Israeli settlements sprinkled throughout the Jordan Valley and the West Bank would become official Israeli territory. Both sides would have four years to accept the proposed borders, a period during which Israel would refrain from settlement construction that would impinge upon the new Palestinian state.

The plan requires the Palestinian side to dismantle Hamas and Islamic Jihad. Given that Hamas governs Gaza, seemingly without intention to give that up, this represents a serious challenge. The plan also calls for an end to the so-called “pay to slay” payments, wherein Palestinian officials have remunerated the families of terrorists who attack Israelis.
Palestinian President Mahmoud Abbas rejected the plan before it was released.

Reactions from national organizations and Philadelphians ranged from gentle praise to
skepticism to condemnation.

Yoni Ari, the Philadelphia regional director of the Israeli-American Council, believes that the fact that a deal proposed by a right-wing government would include land swaps is “a clear statement that Israelis are for peace.”

Steven L. Friedman, a partner at Duane Morris and a board member of the Republican Jewish Coalition, said that he found the plan to be “realistic” and “practical,” insofar as he believes it would force the Palestinian Authority to prove its good faith. Ultimately, he has little faith in the leadership of the PA — “or the PLO, who are interchangeable, as far as I’m concerned,” he said.

“They have rejected, they have not changed, they will not do anything and unfortunately, this, I’m afraid, will lead to nothing,” Friedman said.

Zionist Organization of America President Mort Klein released a 30-point statement with chairman Mark Levenson, which praised certain aspects of the plan. The plan “acknowledges that the territory that Israel is being asked to transfer is ‘territory to which Israel has asserted valid legal and historical claims, and which are part of the ancestral homeland of the Jewish people.’”

“ZOA hopes and prays that the Arab and Muslim religion’s hatred against the Jewish State and the Jewish people will finally end for the benefit of both peoples and that the Palestinian Arabs and the Arab Muslim world will finally give peace a chance,” the statement concludes.

A statement released by AIPAC largely avoided any evaluative statements about the plan itself. Noting that leaders of both major Israeli political parties “view this framework as the basis to restart negotiations with the Palestinians,” the statement concludes that “a lasting, genuine peace will inevitably require agreement between the parties themselves and tough compromises from both sides.”

Others were less pleased.

“When I saw it, I just thought, ‘Well, did they have any actual talks with the Palestinian Authority, the leaders in that region?’” said Jared Jackson, the founder of Jews of All Hues. Jackson is also a part of the progressive Hatikvah slate for the World Zionist Congress. He saw a “severe lack of nuance,” something that may have been alleviated, he believes, by involving Palestinians in the creation of the plan — upholding the principle of “nothing about us, without us,” Jackson said.

“I wish they had done better,” he said.

“It is absolutely clear that the ‘plan’ released today by the Trump administration stands zero chance of serving as the basis for renewed diplomacy to resolve the Israeli-Palestinian conflict,” the statement reads. “Instead, it is the logical culmination of repeated bad-faith steps this administration has taken to validate the agenda of the Israeli right, prevent the achievement of a viable, negotiated two-state solution and ensure that Israel’s illegal occupation of Palestinian territory in the West Bank becomes permanent.”

Peace Now said that “the plan not only neglects to advance peace, but also has the potential to severely harm prospects for a genuine peace plan for both parties.” 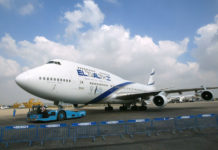