Democratic Jewish Outreach Pennsylvania, a Philadelphia-based advocacy group, announced on Jan. 20 that longtime Israel advocacy professional and writer Martin Raffel would join its steering committee ahead of the 2020 election.

Raffel, who served as the senior vice president of the Jewish Council for Public Affairs for 27 years, has written extensively for The Times of Israel, the New Jersey Jewish News and Hadassah Magazine, among other Jewish publications, on a variety of topics relating to American politics and Israel.

“He comes with a vast array of experience in the Jewish world,” said Jill Zipin, chair of DJOP’s steering committee.

“If there’s one constituency I understand and have the potential to influence, it’s the Jewish community,” said Raffel, who cited his years living in Israel and four decades of Jewish communal work as the source of that understanding. “I see DJOP as a vehicle through which I hope to be able to exercise that influence in the Philadelphia area and around the state.”

Raffel has lived in New Jersey with his wife, Maris, for 35 years. Both are Pennsylvania natives (he’s from Harrisburg, she’s from the Cheltenham/Elkins Park area), and they’ve recently moved back to the state. Besides being delighted to be closer to his adult daughter, son and daughter-in-law in Philadelphia, Raffel said, he’s determined to try and make a difference in an important swing state in the upcoming presidential elections.

“Preventing President Trump from getting a second term in office — assuming he’s not removed in the impeachment and trial that I’ve now been watching on television, which I think is a pretty good assumption — that’s become one of my central priorities,” he said. Trump, he believes, is “a danger to American democracy,” and “helped create a toxic climate that has given license to bigots and anti-Semites to come out of the woodwork.”

Raffel’s ties to the Jewish institutions of Philadelphia go back decades. Following his return from Israel in the late ’70s, where he earned his law degree from Hebrew University, Raffel began his career in Jewish public affairs, working as an assistant director for the American Jewish Committee under the tutelage of legendary academic and activist Murray Friedman, who Raffel considers his first mentor.

He went on to work at the Philadelphia office of the American Jewish Congress and the Reconstructionist Rabbinical College before joining the JCPA in 1987, then called the National Jewish Community Relations Advisory Council. There he worked under Al Chernin, another legendary Jewish activist, for several years.

From 1987 until 2014, Raffel served as the organization’s senior vice president, working as the head of the Task Force on Israel, World Jewry and International Human Rights. Since he retired, he’s continued to consult for large Jewish organizations and helped to start the Israel Action Network, which focuses on “combating the assault on Israel’s legitimacy” and the boycott, divestment and sanctions movement.

When Burt Siegel, Raffel’s friend and a DJOP co-founder came calling recently, there was an obvious answer.

“For me, it seems like the natural fit,” Raffel said. 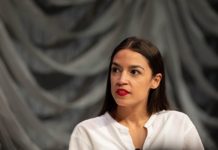