About a week ahead of the 75th anniversary of the liberation of Auschwitz, the Pew Research Center released findings from a new study, “What Americans Know About the Holocaust,” revealing that half of American adults are unaware of basic facts regarding Nazism and the Holocaust, including the number of Jews killed and how the Nazis came to power.

The Pew study asked nearly 13,000 respondents — Jewish and non-Jewish adults and teenagers — four questions about the Holocaust. Most knew that the Holocaust took place between 1930 and 1950, and that Nazi ghettos were areas of cities where Jews were forced to live. But only 45% of adults and 38% of teens knew that 6 million Jews died in the Holocaust.

And 43% of participants responded that Adolf Hitler became German chancellor “by democratic political process,” while 25% believed he came to power “by violently overthrowing German government.” Another 28% said they didn’t know or had no answer.

To Paul Finkelman, the president at Gratz College in Elkins Park, where master’s and Ph.D. programs in Holocaust and genocide studies are among the offerings, the results were both disheartening and unsurprising.

“What it means is that we have to do a better job at educating people, and what that means often is educating teachers, too,” he said. “It’s such a huge number of people that died, and it can be seen as too abstract,” Finkelman said. “And that’s why a good teacher can relate that number to something that students can wrap their head around.”

There are ways to inject meaning back into the number 6 million, a number that can be either too abstract or rote, repeated until rendered meaninglessness. Finkelman urged that teachers should recontextualize the number frequently so as to maximize the amount of times its gravity resonates with students emotionally.

“The number has to be put in a perspective that makes sense to people,” Finkelman said. “Six million is everybody in Iowa times two; 6 million is more than the population of Los Angeles; 6 million is more than all the American soldiers who died in all of America’s wars combined: World War II, World War I, Korea, Vietnam, the Gulf War, the Iraq War, the Spanish-American War, the Civil War on both sides — count the Confederates and the Union — the War of 1812, the American Revolution. Add all those people up and they don’t even get close to 6 million.”

“Six million,” he continued, “6 million is 10 times more than all of the people who died on both sides in the Civil War.”

That method, however, won’t do much in the way of educating Holocaust deniers — those who, according to the United States Holocaust Memorial Museum, “claim that the Holocaust was invented or exaggerated by Jews as part of a plot to advance Jewish interests.”

Here’s cause for hope, though: In a 1993 survey of U.S. adults commissioned by the American Jewish Committee, only a slim majority identified the word “Holocaust” as referring to the extermination of the Jews; in the most recent Pew study, that number had ballooned to 84%.

While it’s heartening that most adults now understand what the Holocaust was, Finkelman said the wording of that particular question struck him as slightly shallow.

“‘The extermination of Jews’ is a much more vague term than the fact that between 1939 and 1945, the German government systematically murdered 6 million people and at least 2 million children,” he said. “So we still have a long way to go and, again, it all comes back around to massive education; it comes down to every student, at some point in their high school career, having a Holocaust education, a Holocaust program.”

For the rest, the challenges have been, Finkelman said, “sadly political.”

“Some state legislators don’t like the idea of requiring the school districts to teach something. They say, ‘We don’t like a mandate because we in the state capital shouldn’t be telling teachers what they should teach their kids,’” he said. “I’m not impressed by that argument.”

While Finkelman submits that Holocaust is unique among genocides “in its scale and the determination of a sophisticated industrialized country to murder millions and millions of people in a very short time,” he also pointed out the obvious — that the Jews haven’t cornered the market on suffering. 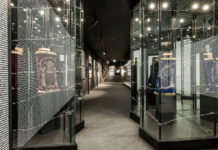 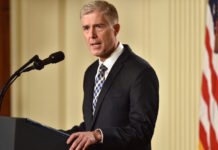