Ashkenazi Jews are particularly susceptible to a specific genetic mutation of retinitis pigmentosa, which Alex Levin, chief of pediatric ophthalmology and ocular genetics at Wills Eye Hospital, calls a “terrible, blinding eye disorder in which you first lose your night vision, then your side vision, until you’re seeing through this tiny little tunnel. And it’s very disabling.”

In the general population, this specific type of retinitis pigmentosa, which necessitates two people carrying the rare genetic abnormality known as the M-AK (pronounced Mac) gene to produce offspring, is rare.

However, Levin pointed out that due to Ashkenazi Jews’ historically constricted gene pool, the M-AK gene is disproportionally present, so two Ashkenazi Jews procreating are much more likely to produce offspring susceptible to the otherwise rare form of degenerative eye disease.

More than a third of all instances of retinitis pigmentosa in Ashkenazi Jews are linked to the M-AK gene mutation.

“Heretofore,” said Levin, “there’s been no treatment for this disease.”

But new methods of gene therapy, particularly a treatment called Luxturna, developed in part at the University of Pennsylvania, have made headlines for, in some cases, successfully treating congenital forms of retinitis pigmentosa.

“They’ve had some dramatic results injecting the correct copy of the gene into the eye to replace the bad copy,” Levin said. “And some people have had restored vision.”

Edwin Stone, an ocular geneticist at the University of Iowa, has worked on a different approach, different at least as far as the financing of the treatment is concerned.

Stone has raised $30 million — all via philanthropy, Levin said — over the past 10 years to make these gene therapy treatments dramatically more affordable, which is to say at least in the realm of financial possibility for regular people.

Stone searched nationwide for an ocular geneticist and eye hospital to partner with; he chose Levin and Wills Eye. Now, thanks to his association with Stone and the endowment he brings to the project, Levin said: “We can do the same treatment for $20,000.”

“We’re developing a bridge that will allow us to increase the efficiency and accuracy of diagnosis, which will accelerate the process and steps to gene therapy,” Levin says. “And one of the top-five genes on our list is the M-AK gene. We hope to treat every single one of these, and it’s really not that hard.”

One distinct goal of the Levin-Stone collaboration is to get testing for the M-AK gene on the Jewish disease screening panel. M-AK is not on the panel yet because, presently, it’s thought to be an untreatable disease of adult onset.

“But now we have a treatment,” Levin said. “If we can add this to the panel, not only will we identify carriers — who need not be afraid because their kids will not be blind because we’ll have treatment for their kids — but we’ll also be able to identify young people who have two copies of the gene (which is required for the disease) and haven’t had any symptoms and so don’t even know yet that they’re going blind. We’ll be able to treat them before they go blind.”

Retinitis pigmentosa, Levin said, is a particularly insidious disease in all forms because those affected are generally asymptomatic for years. If you’re born with the two copies of the gene, you have the disease from birth, but right now the most common age of discovery is the 20s or 30s. By that time, the disease has likely already been laying the degenerative groundwork for years.

Levin believes that with the methods of gene therapy treatment he and Stone continue to refine, this relatively “silent” cause of blindness can be unmasked and eliminated before it can begin to start trouble.

“For instance, if we had a 12-year-old who has no symptoms at all but he’s got the genotype (two copies of the M-AK gene), it raises the possibility that we could treat him and correct his gene before he has a single symptom,” Levin said. “If we had massive Jewish genetic disease screening, we would find these people.”

Getting testing for the M-AK gene on that panel is a big goal for Stone and Levin; it’s a process that’s political in nature and something that will require a lobbying effort, an effort that Levin plans to undertake in partnership with Adele Schneider, the former director of clinical genetics at Einstein Medical Center Philadelphia who’s now on staff at Wills Eye. A 2018 Exponent profile of Schneider recognized her as “among a pioneering group of doctors who made screening for Jewish genetic diseases more commonplace.”

“Adele and I are going to work to get that panel there,” Levin said. 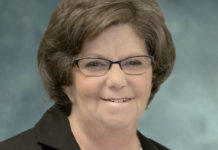 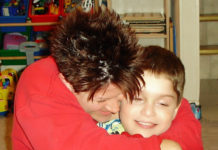