A previous version of this article included a quote that has been removed.

Pinemere Camp, Camp Havaya and URJ Camp Harlam, all in Pennsylvania, were among 32 camps to receive a significant grant from the Foundation for Jewish Camp, to be put toward “enhanced staffing and training at all levels to ensure proactive support for the mental, emotional, and social health (MESH) needs of every community member.”

The Yedid Nefesh grants, as they’re called, are funded by a gift from The Marcus Foundation (Yedid Nefesh being a traditional Kabbalat Shabbat song). The grants will furnish the selected camps — the first of two cohorts — with the resources they need to hire dedicated mental health professionals and coach up the ones they already have on staff. It will also allow them to conduct evaluative research of their efforts. The grant will stretch over the next three years, after which a second cohort will be accepted. More than 90 camps applied in a five-week period last fall.

“The number of applications was staggering,” said Marissa Becker, senior program manager of the FJC.

Ask the individual applicants, and they’ll tell you: This grant is a serious upgrade.

“We’ve been waiting for something like this probably for three to five years,” said Sheira Director-Nowack, camp director of Camp Havaya.

“We jumped at it right away,” said Mitch Morgan, executive director of Pinemere Camp.

And Harlam executive director Aaron Selkow said, has worked directly with FJC for years, and has long put resources into MESH programming and staff. In a way, he believes, that FJC has prioritized similar concerns validates the work they’ve been doing at Harlam.

“We’re humbled that the work that Harlam has been doing in recent years is really being lifted up, by virtue of a grant coming to the entire Jewish camping community,” he said.

In the near future, Selkow said, the grant will allow Harlam to hire an additional mental health professional to join its Camper Care team, and further develop the skills of those already on staff. Perhaps more importantly, it allows them to look into the future, and imagine what else might seem possible in three years’ time.

“What we want to see happen as a result of Yedid Nefesh,” he said, “is to feel part of the wave of camps that are acknowledging that mental, emotional, social health challenges are the new frontier (that) our camps need to address.”

Becker describes Havaya, the summer camp of the Reconstructionist movement, as committed to a progressive, inclusionary vision of summer camp.

For Director-Nowack, applying for the Yedid Nefesh grant was an obvious manifestation of the camp mission: to make an enjoyable camp experience accessible and to as many kids as possible.

For now, the grant will allow Havaya retain the mental health professional it does have, and dream about the future — a dedicated professional for every age group.

At Pinemere, Morgan sees the grant as a chance to “broaden and deepen the work that we want to do.” The grant will allow the camp to hire a dedicated mental health professional to help campers navigate communal living for what is likely the first time in their lives. He hopes to see greater resources allocated for counselors and professional staff, too.

“It’s hard, and we’re dealing with real things with kids, and we all need people to be able to talk to as well,” he said. 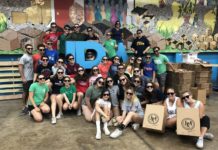 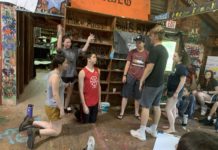 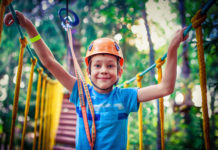