Hank Butler, executive director of the Pennsylvania Jewish Coalition, had been nudging Gov. Tom Wolf to consider a visit to the Jewish state prior to the beginning of his political career. Robin Schatz, director of government affairs for the Jewish Federation of Greater Philadelphia, said that she’s been “aggressively pushing” for the governor to do the same, though he might characterize it as “nagging,” Schatz said.

But Butler said that what really pushed the governor to finally plan his trip to Israel was the persistent suggestions from his Jewish friends and acquaintances.

“It was really all the Federations and, quite frankly, the Jewish community in
general,” Butler said.

Wolf became the first sitting governor of Pennsylvania since Tom Ridge to visit Israel, where he spent time vacationing and visiting sites of collaboration between Israeli and Pennsylvanian communities from Jan. 5-16.

“Israel is an important economic partner for Pennsylvania, and meeting with civic, industry and business leaders could help bolster ties between our countries,” the governor said in a press release. “This trip was also an opportunity to reflect on our existing connections and identify potential new ventures and partnerships that will benefit Israelis and Pennsylvanians alike.”

Butler and the various Federations of Pennsylvania were made aware that Wolf had decided last summer that he would take the trip to Israel in 2020. Right away, meetings were convened to figure out what was most important for the governor, Frances and his retinue to see in the three days that would be allotted for such activities.

They broke it down thematically: Highlighting trade, security and culture, the group decided, were the three aspects of Israel that would provide the fullest picture of the country that could be represented in three days. They whittled down the list of sites and activities to the most essential, and worked with Pennsylvania government officials to figure out which would be logistically feasible.

On the other side, Wolf and his wife got tips for the vacation portion of their trip, getting a tour guide recommendation from Attorney General Josh Shapiro, according to Schatz.
The point of such a trip, Butler said, was to impart to the governor the depth of the connection between Pennsylvania and Israel, on both cultural and economic levels.

“I truly believe the governor obtained our objective,” Butler said.

On Jan. 13, the governor joined up with the Jewish Pennsylvanian team. They spent the morning at Yad Vashem before heading to Mount Herzl, where the group performed a small ceremony at the grave of Michael Levin, a lone soldier from Philadelphia who was killed during the Second Lebanon War in 2006.

Later, they traveled to plant a tree at the Tree of Life memorial, after which Wolf spent the day in government meetings. That evening, all reconvened for a meal with Pennsylvanian lone soldiers, as well as with chef Michael Solomonov’s father, Mordechai.

The following day was largely comprised of private meetings with business and government officials, but the governor and his wife also found time to visit one campus of Yad B’Yad, a network of Israeli schools that seeks to build ties between Arab and Jewish children; both Arabic and Hebrew is taught, alongside English, and close to 2,000 students are enrolled. It was during that part of the day, Schatz said, that the governor and his wife’s “down to earth” natures were on display.

“He’s so easy, he’s just so much fun. His wife is delightful,” she said.

The next day, which would be the last before heading home the following morning, everyone came together for a Digital Health Summit at Sheba Medical Center, the largest medical center in Israel and a frequent collaborator with Thomas Jefferson University Hospital. Representatives from the Israel Innovation Authority also attended. That evening, a reception was held in downtown Tel Aviv, attended by all who had come on the trip as well as by Ambassador Dani Dayan, Consul General of Israel.

“Gov. Wolf’s visit to Israel brings Pennsylvania’s strong relationship with Israel full circle,” Dayan said in a statement. “Our shared values have paved the way for economic, technological, environmental and humanitarian cooperation. In the aftermath of Pittsburgh’s Tree of Life synagogue massacre, this visit reminds us that such cooperation will always overcome hatred.”

The following morning, everyone headed for the airport for the long journey home.

“They saw what a vibrant country Israel is,” Schatz said, “with all of its warts — and there are warts there — but they saw the strong bonds between Pennsylvania and Israel, and they had a wonderful time.” 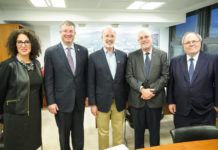 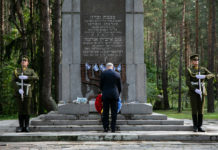 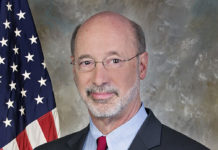