“Nisman: The Prosecutor, the President and the Spy” begins with a series of images and sounds: An aerial view of Buenos Aires, Argentina. Documents. A dark hallway and, then, a phone call.

The disjointed and uneasy feeling that defines the initial scene pervades through much of “Nisman,” a new true crime documentary series from Netflix that explores the mysterious death of Jewish Argentine lawyer Alberto Nisman.

Nisman served as special prosecutor in charge of the investigation into the 1994 bombing of the Asociación Mutual Israelita Argentina, a Jewish community center in Buenos Aires. The bombing left 85 dead and hundreds wounded. It remains the worst terrorist attack in Argentine history.

Nisman spent years investigating the attack and, on Jan. 19, 2015, was supposed to present his findings. He had apparently found that Iran was behind the attack and that former Argentine President Cristina Fernández de Kirchner helped cover it up. Just a few days before, he had formally accused her of the cover up.

But the day before his presentation, he died. His mother found him that night in his home, dead from a gunshot wound to the head.

The death was quickly ruled a suicide, but skepticism and controversy abounded. Did Nisman really commit suicide, just before he was supposed to present the findings of an investigation he had spent so much time on? Or was he murdered?

It’s a case that has torn at the fabric of Argentina. It also attracted international attention. But while many may have heard about Nisman’s death and the AMIA bombing, few know the full extent of the case’s complexity.

“Nisman” dives straight into the complexity, peeling apart layer after layer of scandal, misdirections and confusion.

The end result is that the series traces over the same timeline multiple times, each time adding a greater depth of information. What is, at first, presented in a way that seems like fact is revealed later to be a cover up, putting the viewer through the same roller coaster that people at the time may have experienced.

The series’ level of depth and research is astounding. Told in Spanish with English subtitles, it draws on a deep and wide well of information, looking at television footage, newspaper clips, phone call recordings and documents. It sometimes cuts away to a graphic of a timeline, a much-needed element that helps in the telling of this extremely dense and complex story.

Most fascinating of all, the documentary features interviews with a range of people who knew Nisman, worked with him or investigated the case. Those interviews include Viviana Fein, a prosecutor who investigated Nisman’s death; Diego Angel Lagomarsino, Nisman’s employee who claims he gave him the gun that ended his life; and Antonio “Jaime” Stiuso, Argentina’s former ex-spy chief who worked with Nisman on the case, among others.

As the documentary peels away each layer, there is always a sense that there is still something else there, some more information lurking around the corner, another deception yet to be revealed. And there always is.

Nisman’s death is a heavy case and certainly worthy of a six-part documentary, with each episode clocking in at about an hour. The series will leave viewers with a wealth of information and questions, rather than concrete answers.

As far as Netflix goes, the density in “Nisman” does not lend itself to being particularly binge-worthy. The story is far too complex to stream in a day. That complexity, combined with the subtitles, means that viewers can never take their eyes off the screen. It may also mean that viewers may find themselves occasionally rewinding to make sure they understood something correctly.

Overall, it’s a comprehensive telling of an important story. Netflix gave this history its true-crime documentary makeover. Hopefully, more people will learn about it as a result. 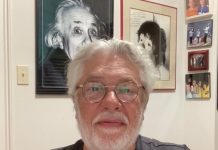 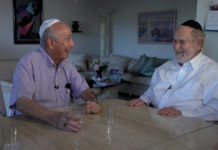 Ken Burns’ Next Documentary About US Response to the Holocaust