The World Zionist Congress, in a sentence: “Nobody knows what it is,” laughed Mort Klein, national president of the Zionist Organization of America and a WZC delegate-candidate.

Though that is perhaps a bit of hyperbole — 56,000 people voted in the last election — Klein was speaking to a true blind-spot for many Jews across the world when he characterized the general lack of knowledge relating to the WZC.

The WZC, a 500-delegate legislative body, is the major voice of the Diaspora in Israel, according to Judge Abraham Gafni, a professor at Villanova University’s Charles Widger School of Law and chairman of the U.S. Area Election Committee of the American Zionist Movement. The delegates, made up of Jews from all over the Diaspora, have decision-making power and influence with the Jewish Agency for Israel, the Jewish National Fund and the World Zionist Organization. Those organizations and their significant funds will, in turn, have serious impacts on Jewish life in Israel, in every sector — education, security, immigration, religious authority and more.

Elections to choose the WZC delegates are held every five years; the last election was in 2015. This time around, voting will take place between Jan. 21 and March 11; any American Jewish person over the age of 18 who pays $7.50 can vote online to determine the makeup of the 38th World Zionist Congress, which will be held in Jerusalem from Oct. 20-22.

It will be just the 16th iteration to take place in Israel. All of those who took part prior to the 23rd World Zionist Congress in 1951 organized themselves around an idea, rather than a reality.

The first WZC was organized by Theodor Herzl in Basel, Switzerland, in 1897. Herzl, generally considered the founder of modern Zionism, helped to convene more than 200 delegates, who articulated the Zionist platform and adopted “Hatikvah” as its anthem, among other resolutions.

“Were I to sum up the Basel Congress in a word — which I shall guard against pronouncing publicly — it would be this,” Herzl wrote in his diary that year. “At Basel I founded the Jewish State. If I said this out loud today I would be greeted by universal laughter. In five years perhaps, and certainly in 50 years, everyone will perceive it.”

There were just a handful of representatives from the U.S. at the first WZC. Today, U.S. delegates make up about 30% of the WZC — 152 out of 500 — and have significant power in determining the direction of the body. Gafni and the AZM are charged with overseeing the U.S. portion of the voting, during which American Jews choose from one of 14 different slates, each of them a coalition of like-minded organizations with similar aspirations for the future of Israel.

Of course, the differences between each slate can be drastic, as they represent many of the various constituencies of American Jewry: left-wing, right-wing; Conservative, Reform, Orthodox; liberal Zionist, religious Zionist; Ashkenazi, Sephardic and so on.

“If you look at the 14 slates that we have, they come from very many different approaches,” Gafni said.

Klein’s slate, for example — the ZOA Coalition — is made up of 27 different groups, from SaveTheWest.com to Aish HaTorah. Their vision of Israel is conservative, with special attention to funding Jewish life over the Green Line and combating the boycott, divestment and sanctions movement. Delegates could include Klein, local Israel activist Lori Lowenthal Marcus and former New York Assemblyman Dov Hikind, among others.

Meanwhile, Hatikvah, the progressive Israel slate, counts J Street and New Israel Fund among its partners, with writer and activist Peter Beinart among the potential delegates, along with local liberal activist Jill Zipin. Hatikvah, according to campaign director Hadar Susskind, boasts a “strong, pro-Israel, progressive platform,” focused on ending the occupation of the West Bank and pursuing a two-state solution, among many other priorities.

“For a lot of American Jews, they’ve struggled for years to figure out what is a way to make your voice heard in what’s really happening on the ground in Israel,” Susskind said, “and this is one that goes back to 1897.”

“We support Israel as a Jewish, Zionist and democratic state,” Rosenau said, putting emphasis on Israel’s continuing responsibility to guarantee civil and political rights to all citizens. MERCAZ USA, like many of the other slates, counts several delegates from the Philadelphia region.

Zipin, co-founder of the Democratic Jewish Outreach Pennsylvania PAC, perceives a significant amount of interest in the upcoming WZC elections.

“I think, because of general world changes, and there are significant issues that the world faces that Israel faces, too, there is interest around it,” she said. 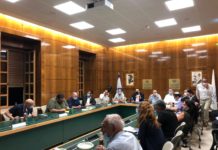 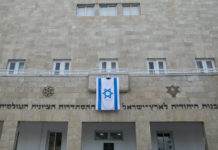