More than 90,000 people came to the stadium Jan. 1 to celebrate the 13th Global Siyum HaShas of Daf Yomi, the completion of a seven-and-a-half-year cycle of studying one page of Talmud a day.

“It felt like something truly impossible based on the historical landscape,” said Flam, who leads a daf yomi group at B’nai Israel Ohev Zedek in Northeast Philadelphia. “If you would have looked 80 years ago and tried to predict that there would be even a small amount of people celebrating the learning of Torah, I don’t think anyone would have put their money on that.”

In 1923, Rabbi Meir Shapiro in Poland founded daf yomi, an international program to study a set schedule of one page of the Babylonian Talmud a day. Today, an estimated 350,000 Jews around the world — including in the Philadelphia area — keep up with it. They study on their own or with a group, by reading the Talmud in its Hebrew and Aramaic or using resources like online guides and podcasts to help them along.

They are all, literally, on the same page.

The 14th cycle began Jan. 5. Daf yomi participants began the 2,711 pages of the Talmud by reading the tractate Berakhot, which covers the rules of blessings and prayers.

Flam, having attended yeshiva, has spent much of his life studying Talmud, but daf yomi is a different approach, he said. The way he was taught, he could have spent months studying a single page, but daf yomi pushes him on, making him cover more breadth and less depth.

That this celebration took place so soon after a string of anti-Semitic attacks was not lost on attendees at the siyum.

“Torah, more than anything else, unites the entirety of the Jewish people,” said B’nai Israel Ohev Zedek Rabbi Yehoshua Yeamans, who also attended the siyum at MetLife Stadium. “It is the bedrock of the most foundational components of our tradition, Jewish life. Torah learning in general has been that religious foundation that has kept us rooted in our tradition no matter what the exile has thrown our way.”

Others held siyum celebrations as well, though not as large as 90,000 attendees.

Liat Greenwood, a nurse at Einstein Medical Center Philadelphia, celebrated at Moishe House Philadelphia, where she also lives as a resident.

Though Talmud study is traditionally an activity for men, women are increasingly taking on daf yomi.

Greenwood started doing daf yomi at the beginning of the last cycle, the summer after her first year of high school. She attended a Jewish high school, where she got to learn Talmud for the first time.

“I fell in love with it, the intellectual exercise that it was for me, the kind of spiritual motivation that I got from being able to really tackle a page just as well as any of male peers did,” Greenwood said. “On top of that, it was nice. The first few pages I did I learned with my dad. Along the way, I found other communities and other friends to do it with.”

During college, she stopped studying for a few years, but started again after she graduated with the last tractate. The last tractate is called Niddah and deals with menstruation and birth; as she is studying to become a nurse-midwife, the tractate seemed particularly relevant to her.

In West Philadelphia, Rabbi Rebecca Richman decided to embark on daf yomi for the first time with this new cycle.

She plans to study every day with her partner, Josh Davidson, and the two are hosting monthly drop-ins on their learning. On the first Monday of every month, they will invite members of the community to study the day’s daf with them in their home. The first drop-in was Jan. 6.

“Daf yomi feels like such a delicious gift of learning,” said Richman, assistant rabbi and Beit Midrash director at Germantown Jewish Centre. “I know I have something that I can learn. There’s a set schedule that’s already made. There are tons of people already doing this learning. There are resources out there. I’m not going to be alone in this.”

She recently was ordained, started a new job and is a new mom. She sees daf yomi as a way to keep learning, and a way to keep track of the coming years.

“In a moment of my life when it feels like time could just fly by — tons of parents have been telling me it goes so fast — it feels so grounding to me to have something that’s going to root me in the time that I’m in and be able to be something that I can trace over time and over cycles,” Richman said.

Greenwood also reflected on how her life has changed since she decided to start daf yomi. Then, she said, it seemed to her that high school and college was when she would have the most time.

Over the past 7½ years, she has graduated high school and college; lived in New Jersey, Israel and Philadelphia; and started studying to become a nurse-midwife.

“I don’t know what part of me, as a freshman in high school, thought that high school and college was going to be the right time,” Greenwood said. “Honestly, I don’t know what part of me thinks now that midwifery school and being a nurse is the right time either, but I don’t think that there is a right time. It’s something that I want to do and am committed to doing, and that makes me feel a real connection to my Judaism, so I’m going to go for it, again.” 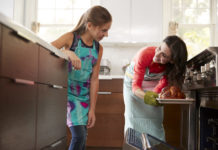 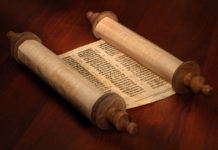 A Daf a Day, in Quarantine 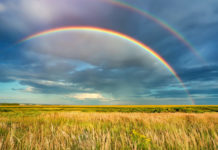 Opinion | On Rainbows, Rituals and Coronavirus