The Torah portion that closes the first book of the Torah signals the end of an era, and it has a lesson for us about what it means to be part of the Jewish people. This lesson is derived from one of Jacob’s final actions before passing away.

Before Jacob died he spoke to each of his sons and gave them blessings. Jacob also blesses Joseph’s children. While giving them a blessing he does something strange. Instead of putting his right hand on the elder’s head and his left hand on the younger one’s head as was the usual protocol, he crossed his hands put his right on the younger one and his left on the older one.

Joseph noticed this and, thinking that it was strange, he corrected Jacob. But Jacob assured Joseph that he knew which one was which and that he had a reason for switching his hand. He then blessed them and said, “By you shall Israel invoke blessings, saying: ‘God make you like Ephraim and Menasseh’ (Joseph’s sons).”

This line is the introduction to the traditional blessing that a parent gives a son on Shabbat (the blessing for daughters is introduced with “may God make you like Sarah, Rebecca, Rachel and Leah”). What’s strange about this blessing is that we don’t know all that much about Ephraim and Menasseh. What are we supposed to think when we say, “God make you like Ephraim and Menasseh?”

Every one of the forefathers’ homes had disturbing family dynamics. Abraham is compelled by Sarah to banish Hagar and Ishmael, his other wife and son. Isaac and Rebecca each had favorites, this led to Jacob stealing Esau’s blessing and Esau’s subsequent hatred of Jacob. And Jacob chooses a favorite, which causes his brothers to plot his murder. Although they never carried that out, they did succeed in selling him as a slave.

I would think that after all that, Jacob and his family would have learned its lesson about showing favoritism. Yet, in this week’s Torah portion we see Jacob switching his hands while blessing his grandchildren and showing priority to the younger one over the elder.

When Joseph arrives at Jacob’s bed with his children, Jacob tells Joseph about how God blessed him and that Jacob will allow Joseph’s sons to inherit as if they were is actual sons. Then, before blessing the children he says, “Who are they?” We can assume that Jacob knew who they were. When Jacob says, “Who are they?” he is really wondering what type of people they are. He wants to know if they care about each other or if they are rivals. He wants to see if they have learned from the family history until that point or not.

Jacob’s hand switching can be seen as a test about their character and relationship. When Jacob crosses his hands during the blessing, neither of the grandchildren correct him. They love each other as brothers, and they do not have a rivalry that could lead to jealousy and hatred as it did in previous generations. When Jews bless their children, we are saying that we want our children to be like Ephraim and Menasseh, because they were able to love and care about each other without rivalry between them.

This is what made the children of Jacob worthy of becoming the heads of the tribes of Israel. Despite the terrible family drama, by the end they were able to come together as a family and love each other as brothers. It is the way in which Ephraim and Menasseh respond to Jacob’s test, showing brotherly love to each other, that the Jewish people bless their sons to be like them for all time.

This message of caring for all fellow Jews as one cares for his or her own family is a particularly important message for us in these trying times with such a frightening increase in anti-Semitism.

Now more than ever we should go out of our way to build interpersonal relationships that will foster this sense of family among Jews of all different stripes and backgrounds.

Rabbi Daniel Levitt is the executive director of Hillel at Temple University: The Edward H. Rosen Center for Jewish Life. The Board of Rabbis of Greater Philadelphia is proud to provide the Torah commentary for the Jewish Exponent. 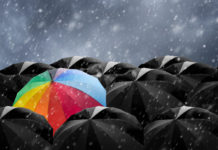 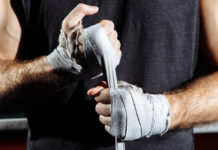