For someone who called himself the third-best writer in his own family, Stan Hochman left a significant mark in Philadelphia. 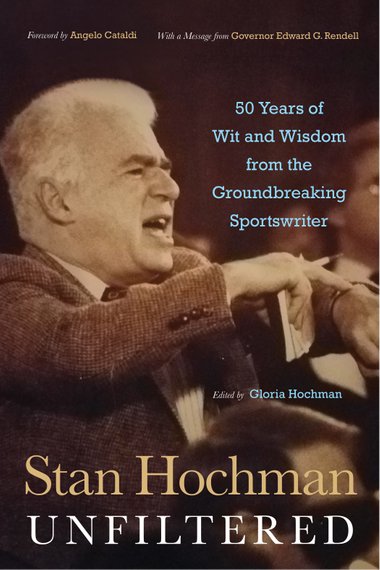 The longtime Philadelphia Daily News sports columnist died in 2015 at 86, but his wife, Gloria — an author in her own right — is making sure he’s not forgotten.

“He left a legacy that was deserving of being spread to more people,” she said.

Gloria Hochman read through more than 7,000 of her husband’s columns and has pulled together 100 of the best for a new book entitled “Stan Hochman Unfiltered: 50 Years of Wit and Wisdom from the Groundbreaking Sportswriter” to be released Jan. 10 by Temple University Press.

“I laughed and I cried and I giggled and I sighed and I was dazzled over and over by his ability to put words to paper,” she said.

The book is organized by sport, with each section introduced by a luminary in the field. For example, former Phillies Gold Glove outfielder Garry Maddox introduces the baseball columns, while Flyers Hall of Fame goalie Bernie Parent does likewise with hockey.

Gloria Hochman said culling the columns was difficult, but some stood out. She noted that her husband was less interested in statistics and more interested in the hearts and souls of the athletes he covered.

“He wrote as though he was painting a picture,” she said, citing columns about basketball star Magic Johnson’s positive HIV test and Muhammad Ali’s late-career loss to Larry Holmes.

“When you are Magic, HIV positive is something that happens to other guys …. When you’re truly, truly magical, some insidious virus does not invade your bloodstream,” Stan Hochman wrote.

About Ali, Hochman wrote: “It was as graceless as a firing squad execution. Muhammad Ali does not smoke, so they could not offer him a final cigarette. He needed a blindfold when it was over to cover his lumpy, blackened eyes,” he wrote about Ali.

Stan Hochman, who among numerous honors was inducted into the Philadelphia Jewish Sports Hall of Fame, didn’t typically write about his Jewish heritage, but he didn’t shy away from it either.

“You could tell it was a part of him,” Gloria Hochman said.

In a 2011 column, he wrote about a trip to Puerto Vallarta where he had lunch with Elizabeth Taylor.

“I was close enough to reach out and touch her if I dared. I didn’t dare,” he wrote. “Those violet eyes were flashing hostility. Why not? She had been through tough times with Eddie Fisher, and he was Jewish and from Philadelphia, and I was Jewish, from Philadelphia, and a writer, and if that wasn’t a toxic trifecta, it sure seemed that way gazing into those violet eyes.”

The book’s also a chance to let Stan Hochman’s wry sense of humor shine through, his wife said, pointing to a 1990 column about the small part he played in “Rocky V” as a rude sportswriter.

“I just wish (Sylvester Stallone) didn’t have this skewed vision of what Philadelphia sportswriters are all about, depicting them as rude, crude, corruptible. And dull. How do I know? Because I’m in ‘Rocky V,’ playing one of those rude, crude, unimaginative writers.”

A native of Brooklyn, New York, Stan Hochman wound up in Philadelphia in 1959, hired by the Daily News to cover the Phillies, and spent the next 55 years working for the paper. Gloria Hochman noted that his career was so long that he sent his first piece into the Daily News newsroom via Morse code.

Gloria Hochman said she met her husband-to-be at an event he was covering at the Bellevue-Stratford Hotel, where she handled public relations. She was annoyed that his subsequent article didn’t mention the hotel.

When she brought that up the next time they met — at an Army-Navy Game event — she got a lecture in journalistic ethics, not to mention a date.

Gloria Hochman, who wrote an introduction to the book, is an accomplished author in her own right — one of the several writers in the family, along with daughter Anndee Hochman, who writes The Parent Trip column for The Philadelphia Inquirer.

Her husband used to joke about the difference in their beats. 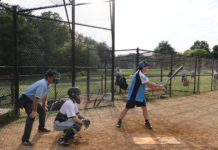 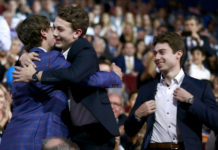 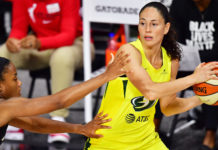