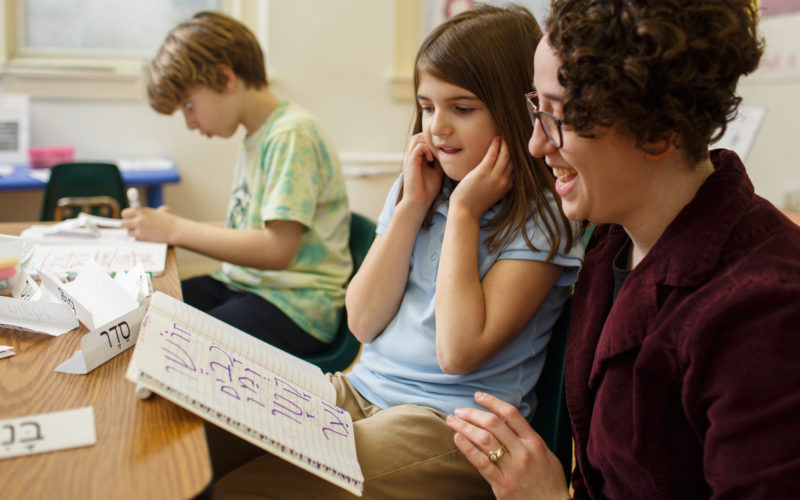 When Beverly Socher-Lerner was 9, she loved Jewish learning so much that she decided she’d one day open a Hebrew school.

She wasted no time. In high school, she was already a board member of her Marietta, Georgia, synagogue, learning how to run a Jewish organization. As a University of Maryland undergraduate, she created a tiny startup Hebrew school that met in a library.

“The entire contents of the Hebrew school was in the trunk of my car,” Socher-Lerner remembered with a laugh.

And today at 33, Socher-Lerner was nationally recognized as an innovator for her role as founder of Jewish Federation-supported Makom Community, an after-school program with a commitment to joyful Jewish learning.

“The vision is more than combining quality child care with Jewish education,” Socher-Lerner explained. “It’s how can kids engage with Jewish content so that they feel deeply connected to themselves and their history? And with a motivation to create a more just and loving world?”

Each weekday from 3:00 p.m. to 6:00 p.m., students are walked from area schools to Makom Community’s converted rowhouse at 21st and Sansom for an afternoon of immersive, playful Jewish education, often involving a deep dive into Jewish texts.

For example, this past fall, a three-month exploration into the Tower of Babel story — conducted through discussion, games and dramatic reenactments — had the kids reflecting on what it means to understand each other; rehearsing how to handle conflict; learning not to jump to conclusions; and vowing to respect their surroundings and one another’s space. Not bad for a bunch of 4- to 12-year-olds.

Makom’s formula of, as Socher-Lerner said, “not just learning Judaism, but living it” has been a success.

What began in 2014 with just four kids now has 40 after-school students and 100 who attend “camp days” during school breaks. Makom has added a “B Mitzvah” program to prepare b’nai mitzvah kids; offers parent learning circles; and ends each week with a family Shabbat. And while a recent Jewish Federation Real Estate group grant funded the renovation of Makom’s space, demand has risen so sharply that Makom is exploring the idea of opening a second location.

In addition, Socher-Lerner was recently awarded a Convenant Foundation Pomegranate Prize for having “the most dynamic, responsive, inclusive and creative ideas in Jewish education,” as well as a Shalom Hartman Institute fellowship.

All in all, it leaves Socher-Lerner as joyful as her students, in the Hebrew school she always knew she’d open.

At the Jewish Federation of Greater Philadelphia, we invest in Jewish life and learning in so many ways. To see our list of grantees, visit jewishphilly.org/grants. 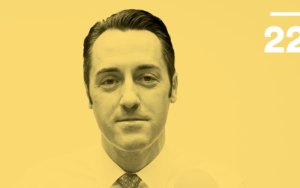 This month, we’re debating the Jewish outlook on America’s so-called War on Christmas, followed by a new update on the status of Israeli elections with Jewish Exponent reporter Jesse Bernstein and, finally, we’re doing a deep dive of Jewish history … in outer space.

We also had the honor to sit down with Michael Masters, national director and CEO of the Secure Community Network, to talk about Jewish security in the digital age, how people can play a role in combatting anti-Semitism in their day-to-day lives and why he made the decision to devote his career to the future of our Jewish communities. 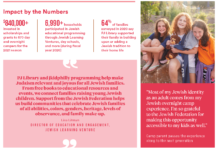 Investing in Children and Young Families 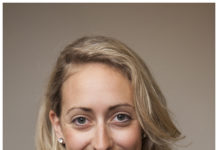 Honoring the Past, Eyes on the Future: Carly Zimmerman New Chair of Women of Vision 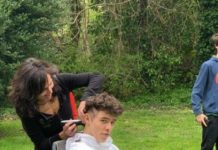