On Sunday, Jan. 5, a huge crowd responded to the call from UJA-Federation of New York to march against anti-Semitism. The sense of threat is so pervasive at this moment that Jewish Federations and other organizations bused thousands from other states and locales to march in solidarity with the Jews of New York, who have experienced an unprecedented wave of violent anti-Semitic attacks, most recently in Monsey on the seventh night of Chanukah.

People may be asking what the leadership of the Jewish community in America is doing. The answer is that we are dramatically accelerating work on safety and security that has been underway since the Sept. 11, 2001, attacks on the United States.

Following 9/11, The Jewish Federations of North America (JFNA), the umbrella for 146 local Federations and 300 other networked communities, acted on several fronts.

First, recognizing the government’s responsibility to protect its citizens in their houses of worship and community centers, we urged Congress to establish the Nonprofit Security Grant Program (NSGP) to bolster nonprofit institutions at risk of attack.

Since then, JFNA has worked with Congress and a broad coalition of partners to increase the NSGP to $90 million for the coming year. This amount — a 50% increase from the prior year — was signed by President Trump days before the New Year and just one week before the attack on Rabbi Rotenberg’s house in Monsey. Already, we are working with bipartisan leadership in Congress to support Sen. Chuck Schumer’s call for an emergency increase in these funds to $360 million. All told, these advocacy efforts have secured $419 million in U.S. government funding that has been invested in increasing the security of our synagogues and communal institutions. We anticipate that much more will become available as a result of our efforts.

We are also working to ensure that the institutions that need the funding the most can receive it. Until recently, only facilities in designated “urban areas” could apply for federal NSGP funds. Today, thanks to intense advocacy and the leadership of U.S. Rep. Nita Lowey (D-NY), institutions across the country, from urban areas to rural ones, can apply for funding. That means houses of worship in places like Rockland, New York, and White Settlement, Texas, both of which were attacked this week within 24 hours of one another, can now seek funding.

In our system of government, state and local agencies have significant responsibility for law enforcement. The state advocacy teams of our local Federations, in coalition with many others, have so far worked successfully with eight states to provide security funding for faith-based institutions. We believe every state should do the same.

However, as much as we can push on government to meet its responsibilities, we will not leave the security of the Jewish community to government alone. We know we must organize ourselves effectively to ensure the safety of our community. Following 9/11, JFNA worked with law enforcement partners and the Conference of Presidents of Major American Jewish Organizations to create the Secure Community Network (SCN), a safety and homeland security organization established to protect the Jewish people. SCN coordinates with federal law enforcement, provides critical training and support to local communities, and works with national organizations like Hillels, Chabad on Campus, AEPi and the Foundation for Jewish Camps. In addition, SCN has the skills and resources to help institutions access and effectively use government security grants, a capacity that will have to grow dramatically and quickly.

Most importantly, many of our largest local Federations have created their own Community Initiatives that both draw on the resources and expertise of their local communities and partner with our national system to make sure we are all working together and developing the highest standards for security. They have hired local Community Security Directors, helped with funding to harden community facilities, organized training, and maintained constant vigilance in their service areas. SCN is making sure that every community has a local system that meets the highest standards of security and coordinates with our national efforts.

The attacks on the Tree of Life Synagogue building in Pittsburgh will likely be looked back on as our community’s own 9/11. Though the training provided by the Pittsburgh Federation’s Community Security Initiative and SCN saved lives on that horrible day, the urgency of building out security systems across communities, large and small, is now clear to all.

The Chanukah attacks in New York, so soon after the Jersey City attack, will be viewed as a moment when the process of securing our community accelerated dramatically and began to reach critical mass. No further evidence is needed — just purposeful, effective and clear action to complete the security umbrella for the Jewish community.

We will do it. 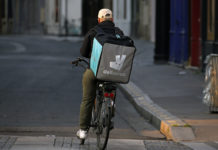 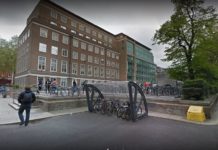 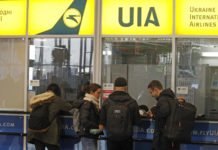