On the morning of the seventh day of Chanukah, American Jews awoke to news of yet another violent anti-Semitic attack — the heinous intrusion of a knife-wielding man into the private home of a rabbi in Monsey, New York.

The invader attacked and seriously injured five people celebrating Chanukah in the home of Chasidic Rabbi Chaim Rottenberg, then tried to force his way into a nearby synagogue but was unable to enter. Fortunately, an eyewitness recorded the license plate number on the perpetrator’s escape vehicle, and he was apprehended shortly thereafter in Harlem, covered in blood, according to news reports.

He was charged with five counts of attempted murder and one count of burglary.

This brutal anti-Semitic attack — particularly chilling because it was committed in a private home — comes on the heels of 12 others in the state of New York in the last three weeks, and is the second stabbing of a Jew in Monsey since Nov. 20. Since Dec. 13, there have been eight reported assaults on Jews in Brooklyn, including victims being struck on the face and head. In Jersey City, a kosher grocery was the site of an anti-Semitic shooting that left three innocent people dead and another three wounded on Dec. 10.

In addition to the recent spate of violent attacks in New York state, anti-Semitic acts have been rampant elsewhere throughout the United States and Europe. Synagogues and other Jewish institutions continue to be defaced almost daily with swastikas while tombstones in Jewish cemeteries are regularly toppled or destroyed. On Dec. 22, at a large Persian synagogue in Beverly Hills, a man broke in and vandalized Torah scrolls and shredded siddurs. And on Dec. 27, a man entered the Chabad Lubavitch World Headquarters located at 770 Eastern Parkway in Brooklyn and threatened to shoot up the place, although no injuries were reported.

Of course, the Pittsburgh Jewish community acutely shares the pain of our fellow Jews in New York and elsewhere when they are violently targeted just for being Jews. Barely 14 months since three Pittsburgh congregations were targeted inside the Tree of Life building, our hearts break with each new report of another anti-Semite aiming to injure or murder us because of how we look or how we pray — or because of some age-old, or new, conspiracy theory that seeks to place the blame of the world’s woes on us.

It has become obvious that the hate that is festering against Jews cannot be attributed solely to white supremacists — although they are certainly responsible for much of it — as some of the perpetrators in New York and elsewhere have been people of color, including the suspect in Monsey.

And it also has become clear that anti-Semitic violence cannot be stopped just through stricter gun legislation — although that could certainly help — because not all the attacks have been committed with guns, including the attack in Monsey.

There is something more complicated going on here, and until we figure out how to stop it, our communities must do all they can to protect themselves. Long gone are the days when any Jew can reasonably believe “it can’t happen here.”

“We are angry and horrified to learn of another violent anti-Semitic attack at a Chanukah party in NY,” read a statement from the Jewish Federation of Greater Philadelphia after the news came out about Monsey. “Our prayers are with the victims and their families. We urge public officials and community leaders to continue to help protect the Jewish community and speak out against hate.”

ADL CEO Jonathan Greenblatt also spoke of action, in a tweet after the stabbing: “We are outraged because the answer is clear: the Jewish community NEEDS greater protection…Whether worshiping in synagogue, shopping in the supermarket or celebrating at home, Jews should be safe from violence.”

This month, nonprofit communal facilities such as synagogues, Jewish Community Centers and senior centers may begin applying for state-funded security grants pursuant to Act 83 of 2019, which authorizes $5 million to be awarded to organizations throughout Pennsylvania by June 30.

The grants — which were made possible through a joint effort of Jewish federations in Philadelphia and Pittsburgh and the Pennsylvania Jewish Coalition — can be used for security enhancements, including metal detectors, protective lighting, electronic locks and trauma kits. Organizations are encouraged by the PJC to contact the state police for a free security assessment to help prepare for the grant application process. (Applications can be accessed at pccd.pa.gov.)

With anti-Semitic attacks happening in Jewish institutions, on the street, and now in a private home, everyone must take whatever steps they can to ensure their own safety. In addition, there is now state funding available to further secure facilities. Communal leaders should take advantage of that funding. 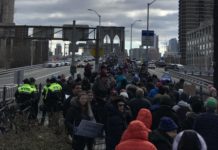 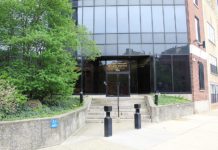 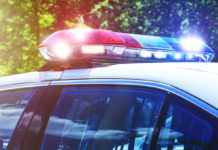 Opinion | The Philadelphia Police Department Is Here for Us