Look o’er yonder, over the hills there, just past the horizon. Can you see it, way off in the distance? Squint, if you must.

That far-off land, if you can believe it, is the state of New Jersey, and Kellman Brown Academy would like to convince you that the distance in your mind is far greater than the one by road.

Kellman is a K-8 pluralistic Jewish day school in Voorhees, New Jersey, open since 1958. It began the school year with 113 students at its suburban campus, the majority coming from New Jersey.

But this year, Kellman has kicked off a Center City recruitment effort in a bid to serve alumni, many of whom live in Philadelphia and want to send their children to their alma mater. Besides attracting their alumni who have started families, it’s an effort that seeks to anticipate the future geographical bunching of prospective Kellman students, Zivic said.

Over the last few months, Kellman has hosted parlor meetings and family events in Philadelphia, drawing as many as 50 for a challah bake at the home of a Center City alumnus. There have been PJ Library events, too. There are plans for further events and tours at Kellman itself, and an upcoming January event at the Philly Arts Center will allow kids to make art to take home while their parents hear more about the school.

At these meetings, a three-fold case is made. There is first, of course, the school itself, with its roomy campus, dual Jewish-secular curriculum, advanced STEM lab, Hebrew immersion, small class sizes and so on. That has been the pitch for a long time.

What’s new are the latter two parts, according to Ana Atach, Center City liaison in Kellman’s enrollment department: There are affordability grants, to be awarded to qualifying Center City families beginning in the fall of 2020. And for Center City families specifically, next fall will bring transportation to Kellman for the first time, a significant change for families who aren’t able to drive their children to school in the morning.

To Eliana Seltzer, the Jewish studies coordinator at Kellman and the mother of three Kellman students, the school was an easy sell. When she and her husband moved from Rhode Island, they knew they wanted to raise their children in a city — they wanted a walkable life.

At the same time, Seltzer was looking to find a home professionally, too. When she walked through the doors of Kellman for the first time, she felt what she needed to feel — “the ruach, the real warmth, the community feeling,” she said.

She and her family were able to have the best of city life without missing out on a verdant suburban campus, one where Hebrew is spoken in the halls. Eight years later, she has a fifth grader, a third grader and a kindergarten student at Kellman.

“We just owe so much of who they are to what it is that they’ve gotten from their school,” Seltzer said. “It really is our second home.”

To Zivic, who is in her 13th year at Kellman, and third as principal, the sell becomes easy once the cost and the transportation are addressed. Besides the obvious pitch from any Jewish day school — that the school will produce Jewishly-literate young adults, invested in the future well-being of their communities — Kellman prides itself on the people who make up the school. That’s the strongest draw, Zivic believes.

As of now, three Center City families send seven children to Kellman each day. The goal is to fill two passenger vans coming from the city in the next few years, as the base of families continues to grow.

In the meantime, Zivic and the other Center City commuters will tell anyone who listens: It’s really just a 30-minute drive. 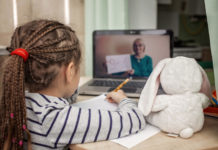