George Sakheim, a psychologist who aided prosecutors at the Nuremberg Trials as a German-speaking interpreter, died Dec. 5 of pneumonia and a heart infection at Abington-Lansdale Hospital. He was 96.

Sakheim was born in Hamburg, Germany, and spent his early childhood years there. After his father’s death in the early 1930s, his mother moved the family to what is now Israel.

“He was something of a delinquent,” David Sakheim said.

“That’s when his life really turned around,” David Sakheim said, “once he had good schools and good supervision.”

The difference in his experiences abroad and in New York would inform his psychology practice for the rest of his life.

By 1943, Sakheim had enrolled in Columbia University when, as a freshman, he was drafted. Because he spoke German, he was assigned to military intelligence and sent to the secret Camp Richie training facility in Maryland. As one of the famed “Richie Boys,” Sakheim was trained in, among other things, interrogation and psychological warfare.

“They were right on the edge of what was moral,” David Sakheim recalled his father saying about the techniques he was taught. “And he really struggled with what about that was OK and what wasn’t.”

Sakheim’s service career saw him storm Normandy as part of the 104th Infantry Division and take part in the liberation of Nordhausen. For his role in liberating France, the French government awarded Sakheim, along with nine others, the Legion of Honor Medal, France’s highest honor, in 2009.

After the war, Sakheim worked at the Nuremberg Trials, where he translated testimonies from several Nazi defendants, most notably Hermann Goering and Rudolph Hess. In a personal diary, Sakheim wrote that Hess was “so casual and calm.”

Early reticence in recounting experiences in combat and at Nuremberg gave way to Sakheim giving lectures and speeches.

“I’ll say sometimes to my wife, ‘When I was a kid, my parents never talked about it’ and it’s hard for her to believe because now they don’t stop talking about it,” David Sakheim said.

Sakheim earned a Ph.D in clinical psychology; he practiced in Maine, then in New York. He specialized in treating teenagers and abuse victims and believed that delinquency could be reversed with early intervention.

In New York, Sakheim became involved in the New York Ethical Culture Society and remained active until his death, most recently with the branch of that organization in Philadelphia.

Sakheim married his wife, Ilse (née Oschinsky) in 1950. Like Sakheim, she fled Germany as a child — at 13 on the Kinder-transport to England. They were married for nearly 70 years.

Sakheim is survived by his wife Ilse, his son David, his daughter Ruthie Kitchell and five grandchildren. 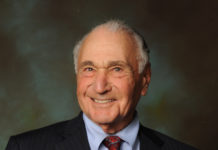 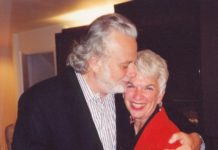 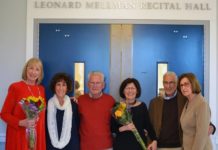