Thirty-four years ago, Andrew Rudnick convinced a bar owner to keep his taps open just a little while longer so that he and his chaverim might carouse more leisurely on Christmas Eve. Rudnick ended up meeting the girl he’d marry that night, and, sensing he was onto something, he’d end up reprising this party on Christmas Eve for the next 32 years — 33 if you count this coming Christmas Eve.

Rudnick started MatzoBall, which has become an institution, a Christmas Eve tradition.

Eric Hahn, a 32-year-old Philadelphian who attended regularly until meeting his fiancée, summed up the fundamental ambivalence about the contemporary MatzoBall thusly: “It’s cold outside. Ubers and Lyfts are expensive and scarce. You know too many people there, some of whom you don’t particularly want to see. But if you’re young, single and Jewish, why would you do anything else on Christmas Eve? It’s like a whole year of JSwiping crammed into one night. After years of wasting time on dating apps, I’m a big supporter of putting yourself out there in person. Who knows? You just might meet someone worth taking to the movies and ordering Chinese with.”

Over 400,000 people have attended since MatzoBall’s inception, and while the alternatives are more these days, they still aren’t plentiful, nor do they seem to be growing at the rate of MatzoBall, which this year will have outposts in Philadelphia; New York; Boston; Los Angeles; Miami; Delray Beach, Florida; Fort Lauderdale, Florida; and Washington, D.C.

What MatzoBall has evolved into over the past handful of years is not necessarily representative of what it’s always been. It began as an event held in more casual pubs and bars. This year, Philadelphia MatzoBall is being held at Voyeur Nightclub in the Gayborhood.

If the event was ever egalitarian, something akin to a high school reunion where ideally enough time has passed so that the values of the cafeteria no longer apply, MatzoBall, by its own stated strategy, is no longer that way.

“The MatzoBall stands out from other Jewish events because we have that image of exclusivity,” said Jordyn Cohen, the national event manager for Mazel Events. “We’re at the hottest nightclubs and bars in the U.S. … And what’s appealing is not only the location of the event, but the type of people; the quality of the people you’re going to meet is much higher than you walking into any old run-of-the-mill Jewish event held by a Jewish organization.

“We are not that. … That’s why it’s an event that everybody looks forward to … because it’s trendy, it’s sleek and you’re going to meet someone hopefully good there. I’m not sure if you’re going to meet your husband — people have — but you’re certainly going to be exposed to people like you. That’s the audience we are targeting. We target young millennial Jews who are affluent. And I’m not trying to come off as insulting, but the tickets aren’t cheap and the reason is because it’s an exclusive event, so, in turn, that creates an environment of like-minded individuals.”

Held from 9 p.m. to 1 a.m. at Fringe Arts on Columbus Blvd., One Crazy Night will feature three live bands composed of Jewish musicians.

“The Chevra feels that it’s important to promote Jewish arts and culture along with its social and educational programming,” said Aryeh Shalom, one of The Chevra’s co-founders and its creative arts/social director.

Both events hope to appeal to young Jewish singles, though MatzoBall is making more of an effort to promote itself as a place to make a match. The Chevra knows that element is part of its event’s appeal, too, but it’s not touting it as conspicuously.

“For us, it’s about building a vibrant community … and that happens with more of a holistic approach,” said Leon Vinokur, The Chevra’s chief financial officer and vice president. “The singles aspect of it, which we’ve certainly been successful with, just happens naturally and organically. It’s not forced. And so people come, have a good time and meet each other in a fun, sophisticated Jewish environment.”

MatzoBall has a charity tie-in with the Gift of Life Marrow Registry, where partygoers will be able to join the marrow registry with a cheek swap; The Chevra is encouraging attendees to bring gently used winter coats in adult sizes, which will be donated to Broad Street Ministry. 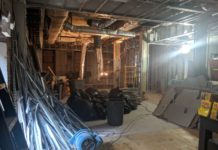 Chevra Works to Restore Venue After Fire in February 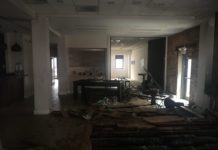 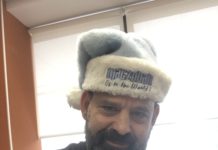