The Bucks County Visitor Center has hosted a holiday tree display for the past 14 years and, aside from setting out a menorah, there hasn’t been a big Chanukah presence.

Jill Tarabar of Chalfont created a series of eight handmade stained glass menorahs that are on display at the center in Bensalem through Jan. 4. The pieces depict Jewish symbols like a dove, the Star of David and the Western Wall. There’s also an unconventional menorah that can be used to play tic-tac-toe.

Paul Bencivengo, president and chief operating officer of Visit Bucks County, described the Chanukah display as both creative and artistic.

“There’s never been something to this level of cool,” he said. “We’ve always included a menorah display, but this year we really looked to do more and make the event more inclusive of other religions.”

Tarabar is a graduate of Clark University and a member of Congregation Beth Or in Maple Glen. She first got into stained glass art in the early 1980s after working at a craft store. She learned various arts on the job, but fell in love with glass. It was a hobby she could take on the road when moving from city to city for her husband’s job.

“I love the colors of glass,” Tarabar said. “I love the way the light shines through it, and it just really brightens a room. It’s just thrilling to break glass after a frustrating day and turn it into something that’s not broken, but created. I love working with it. It’s a medium that’s not really forgiving. It breaks where it wants to. You have to really force it to do what you want it to do. And when you do, it’s such a sense of completion.”

Tarabar sold her glass creations at craft fairs and gave them to relatives and friends as gifts. Eventually, she took a break from art to pursue a career in marketing and graphic design. That lasted nearly two decades until several years ago when she began to again enter craft shows and festivals. She also teaches a beginner stained glass course at the Art Center at Ambler.

In August, she was approached by Lisa Paglaiccetti, the industry relations director at Visit Bucks County, to put together a Chanukah display to coincide with its holiday tree display. The display features more than a dozen trees decorated by various tourist destinations around Bucks County.

Paglaiccetti said the center made an effort last year to be more inclusive of all winter holidays and had a larger menorah on display than before. It was so well-received, she said they had to go bigger. So a quick Google search for “Bucks County artist menorahs” led her to Tarabar. “It sounds so crazy, but I found her online and I looked at her pieces and they were beautiful,” Paglaiccetti said.

After viewing the eight shadow box displays the center offered, Tarabar decided to fill each with a menorah.

Tarabar is no stranger to crafting Judaica. Much of her work consists of making mezuzahs and candle sticks.

The menorahs in the display are available for sale and are featured on Tarabar’s Etsy shop along with her more secular items like jewelry boxes and picture frames.

“I’m proud of myself for putting this together and really being able to focus on it,” Tarabar said.

Bencivengo said the Chanukah display is an attempt by Visit Bucks County to make the center a more inclusive environment while also showcasing local artists. This year, there’s a Kwanzaa display by Bucks County NAACP, a winter solstice display from Silver Lake Nature Center and a Mummers Parade costume worn by the Uptown String Band.

“There’s an element of sharing faith in here as well, but it’s also to promote the arts we have in the county as well,” Bencivengo said. “And bringing Jill and having her part of it just really helped us nail that. It’s been great positive feedback that we’ve been receiving, and we’re definitely looking to expand the Chanukah piece that we’ve got for next year.” 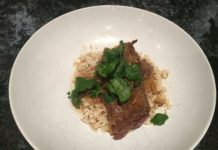 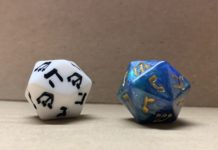 These 20-Sided Dice Put a Spin on the Chanukah Game